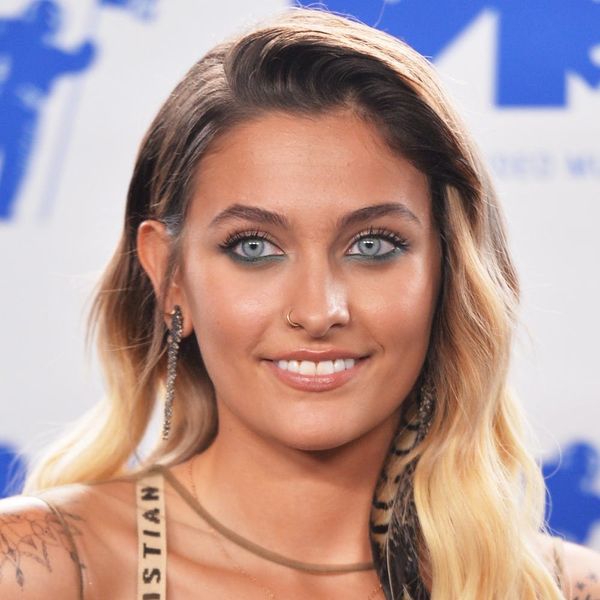 UPDATE: An earlier version of this story stated that Paris Jackon’s eyes were blue. As she herself has clued us in, they’re actually green!

There’s green eyes… and then there are Paris Jackson-green eyes. In case you’ve ever wondered where the model got her out-of-this-world peepers, the answer ISN’T colored contacts.

As her makeup artist, Jo Baker, explained to Teen Vogue, Jackson’s mesmerizing eye color is actually due to a rare genetic condition. Although she didn’t name the exact condition, she did reveal that it doesn’t affect Jackson’s eyesight — just lends that light green shade. “They’re absolutely striking,” Baker said. “Her eyes are always something I’m keen to draw attention to.”

For Jackson’s 2017 MTV VMAs appearance (where she made a rather bold and memorable speech), Baker made her eyes pop by relying on the upside-down makeup technique with Chanel’s Multi-Effect Quadra Road Movie Eyeshadow ($61). “If you want to wear a cool, bold color but are hesitant to coat your eyelids with it, this is an easy way to introduce color into your look,” Baker said.

While your eyes might not *quite* match the rising star’s light appearance, you can at least steal Baker’s application tip. “You need the tiniest bit of dampness,” she explained. “That allows the shadow to become super creamy. It just looks gorgeous.” (We have some other tips here on how to make your own azure irises stand out!)

What did you think of Paris’s VMAs look? Share with us @BritandCo.

Nicole Briese
Nicole is the weekend editor for Brit + Co who loves bringing you all the latest buzz. When she's not busy typing away into the wee hours, you can usually find her canoodling with her fur babies, rooting around in a bookstore, or rocking out at a concert of some sort (Guns N' Roses forever!). Check out all her latest musings and past work at nicolebjean.com.
Celebrities
Beauty Products
Celebrities Celebrity Makeup Eye Makeup