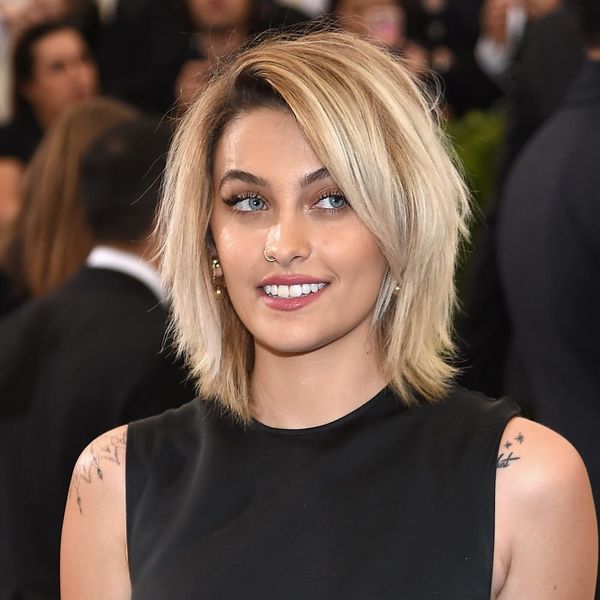 Matching tats run rampant in Hollywood. Whether it’s a couple showing off their love for one another, like Ariel Winter and her BF Levi Meaden, or a pair of BFFs strengthening their bond like Maisie Williams and Sophie Turner, famous duos (or more — the cast of both Pretty Little Liars and 13 Reasons Why also have lookalike ink!) are hitting the tattoo parlor en masse more and more. After getting a glimpse at Paris Jackson’s Instagram story this weekend, we’ve got one more twosome to add to the list — the 19-year-old has a new twinning piece with godfather Macaulay Culkin.

The duo, who were spotted at Tattoo Mania in West Hollywood today, snuggled up to show off their new additions: spoons on their inner forearms, with one facing up where the other faces down.

Though Jackson gave no explanation as to their meaning, E! notes that spoon tattoos are often symbols of struggle relating back to “spoon theory,” which was born when a woman recently diagnosed with lupus asked a friend to hold a handful of spoons as she took them away to show her how the loss of control and power felt.

The spoon joins Jackson’s reported 50+ tattoos, which also include a recent “Applehead” tribute script she got in honor of her late father, who used the word as a term of endearment for his daughter.

model? nah i paint hipsters toenails for a living.

36-year-old Culkin has kept in touch with Jackson since her father’s passing eight years ago, having toenail painting parties and belated Easter celebrations (if Jackson’s bunny headband and bunny emoji caption are any indicator).

Now, they’ll be linked even when they’re apart, thanks to their matching spoons.

What do you think of the pair’s ink? Give it a shout-out over @BritandCo.

Nicole Briese
Nicole is the weekend editor for Brit + Co who loves bringing you all the latest buzz. When she's not busy typing away into the wee hours, you can usually find her canoodling with her fur babies, rooting around in a bookstore, or rocking out at a concert of some sort (Guns N' Roses forever!). Check out all her latest musings and past work at nicolebjean.com.
Celebrity Style
Beauty News
Celebrity Style Tattoos
More From Beauty News