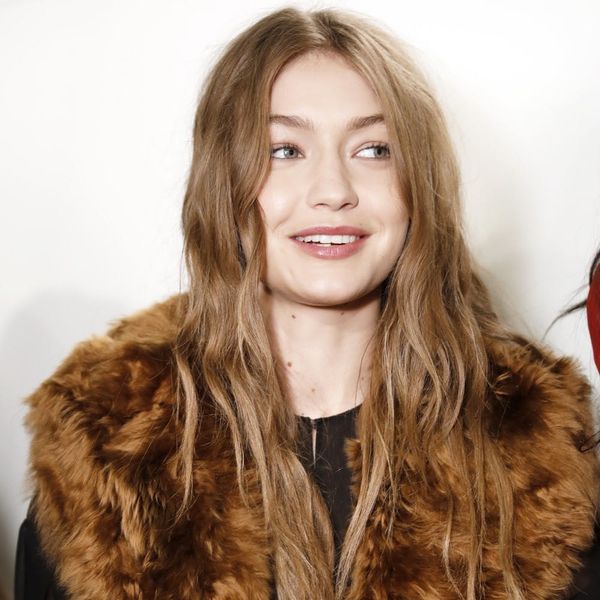 Karlie Kloss recently caused quite a stir when the blonde-haired, blue-eyed American-born model was featured donning yellow-face and geisha attire in a recent issue of Vogue magazine meant to celebrate diversity.

Now, the publication is facing a whole new slew of backlash with the unveiling of its first-ever cover for Vogue Arabia. Featuring Gigi Hadid, who is half Palestinian and half Dutch, the issue showcases Hadid in a breathtakingly beautiful bejeweled hijab on its cover, with shots of her in another brightly hued two-toned version found within its pages.

I think the beautiful thing about there being international Vogue's is that, as a fashion community, we are able to celebrate, and share with the world, different cultures. Being half-Palestinian, it means the world to me to be on the first-ever cover(s) of @voguearabia, and I hope that this magazine will show another layer of the fashion industry's desire to continue to accept, celebrate, and incorporate all people & customs and make everyone feel like they have fashion images and moments they can relate to... & learn and grow in doing so. ❤ Thank you @deenathe1st for your vision and for having me on this cover... by the incredible @inezandvinoodh - so much love.

Despite Hadid’s best efforts to thwart backlash, which included a lengthy Instagram post explaining the magazine’s importance to her as a half-Palestinian woman and the fashion industry’s strides with regard to diversity, criticisms seem to be flooding in fast and furiously, with Twitter already weighing in on the matter. Vogue Arabia, for its part, had little to say on the matter, simply presenting the photos on its social media page and offering a link to the site.

While some are loving Gigi’s acknowledgement of her heritage, there are others who are not quite as pleased — not only for the choice of Hadid, but for Vogue Arabia‘s choice to put her in a hijab.

Gigi is the first person to be on the cover of Vogue Arabia!
I am so proud of you @GiGiHadid 🌹

We can see both sides of this potential debate. On the one hand, it’s a good reminder not to make assumptions based on how people look — many folks who have rich backgrounds can look just like one or the other, but it doesn’t mean they owe you an explanation (though, in this case, Gigi and Vogue Arabia kind of do owe an explanation as to why she’s chosen for this particular cover, and in a hijab, no less).

On the other, we can totally see how it might be frustrating to see the magazine’s first issue debuting with a cover star whose appearance doesn’t necessarily reflect the traditional appearance of an Arabic woman. While future covers will surely feature many, the fact that its first-ever cover features Hadid could be seen as a slap in the face.

For others still, it’s even more frustrating that Hadid, in spite of her participation in protests again President Trump’s proposed wall and the fact that her own boyfriend, Zayn Malik, is Muslim, hasn’t been widely regarded as being extremely vocal about her Palestinian heritage.

Yikes. We’ve got a funny feeling that this is one controversy that may get worse before it gets better!

What do you think about Vogue Arabia’s choice to feature Gigi as their cover model? Tell us over @BritandCo.