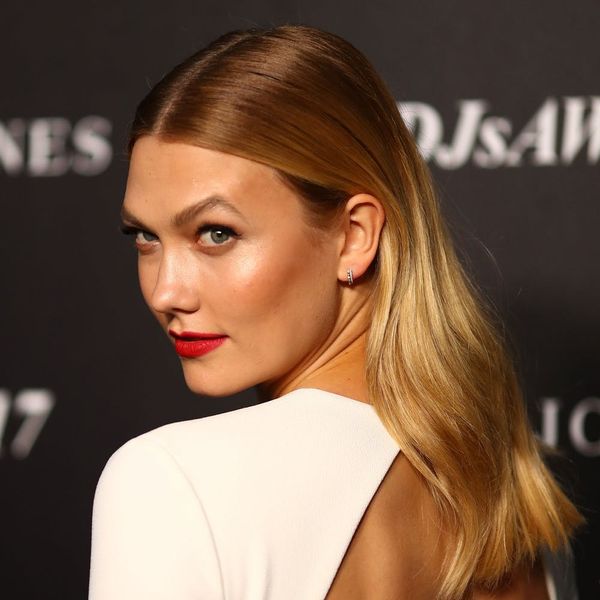 Lately, Vogue has been in the headlines for all the wrong reasons. In the March issue of the magazine — the same one that was said to be championing those who “democratize fashion” featuring models like Kendall Jenner, Ashley Graham, Adwoa Aboah and Liu Wen — there is a multi-page spread of Karlie Kloss styled as a geisha in yellowface.

The leaked images surfaced on the web yesterday and, needless to say, netizens are pretty angry. Their choice to outfit Karlie in geisha attire, Shimada hair and white makeup as she poses in Japan’s Ise-Shima National Park in an editorial titled “Spirited Away” (a nod to Japanese animator and director Hayao Miyazaki’s 2001 film of the same name), is problematic, to say the least.

The spread was photographed in Japan by Mikael Jansson, who shared the above photo, and was styled by Phyllis Posnick. It features Karlie posing by a sumo wrestler, walking down the stairs of a tea house and even soaking in a bath, and obviously, the internet is upset. How did this happen? People took to Twitter to sound off. Read some of the noteworthy reactions below.

there are approx. 130 million japanese ppl on earth but vogue rly called karlie kloss for this and she rly did it pic.twitter.com/cwJLJZ4iOH

They put Karlie Kloss in a Geisha in a Vogue DIVERSITY Issue… No one at Vogue thought this was a bad idea? Lol ok

For real, Vogue? A photo shoot featuring Karlie Kloss as a geisha? In the so-called "diversity" issue, no less. https://t.co/bgpKXHw35N

Karlie Kloss gets a 6-page spread in yellowface for Vogue's DIVERSITY ISSUE… while Imaan Hammam & Liu Wen get one pic each… the irony pic.twitter.com/fXn9Ikz7ik

Has Vogue lost it? Karlie Kloss as a geisha.

"What look should we go for this March?"
"How about yellowface and assorted Orientalism?" pic.twitter.com/bXZfiKzpe1

wait a second. vogue dressed karlie kloss like a geisha for their DIVERSITY issue???? really??? life is literally an onion article now

Karlie has since apologized, saying that she’s “truly sorry for participating in a shoot that was not culturally sensitive” and that she will work to “ensure” her future projects “empower and inspire women.”

What do you think of all of this? Tweet us @BritandCo!

Channing Hargrove
Channing Hargrove is a freelance fashion editor and writer in New York City. When she isn’t writing about clothing (or shopping, for research, of course), Channing is writing about life in a tiny studio apartment in a big city — and what she’s wearing — on her blog, Channing in the City.
Controversy
Style News
Controversy Karlie Kloss
More From Style News