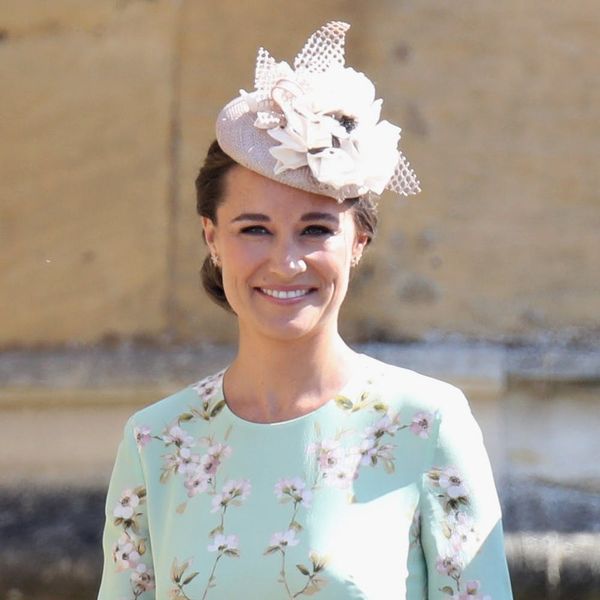 Pippa Middleton announced this week that she is expecting her first child with husband James Matthews, confirming reports that initially started circulating in April. Middleton, the younger sister of Catherine, Duchess of Cambridge, wrote about her first trimester in her latest column for Waitrose, a UK food and lifestyle magazine.

“I was lucky to pass the 12-week scan without suffering from morning sickness,” she wrote, according to multiple outlets including People. “That meant I was able to carry on as normal.”

Middleton’s sister, Duchess Kate, famously suffered from a condition called hyperemesis gravidarum during all three of her pregnancies. The condition causes severe nausea and sickness, and Kate was forced to cancel several royal engagements as a result of her symptoms. Fortunately, her younger sibling did not suffer the same fate.

In fact, Middleton has been able to maintain her fitness routine while expecting, although she has scaled back a bit to accommodate what works best for both her and her unborn baby.

“When I learned the happy news that I was pregnant, I realized I needed to adjust my normal 4-to-5-day-a-week routine and find a way of continuing my exercise safely throughout the three trimesters,” she wrote in her column. “[I] have looked at loads of books and websites on exercise during pregnancy but have been disappointed by the limited technical information on what you can and can’t do. I found that particularly so during the riskier first trimester.”

Middleton shared some of her go-to moves of late, including lower-impact but strength-building moves such as lunges, squats, and reverse flyers, which she supplements with hand weights.

Reports of Middleton’s pregnancy first started circulating just days before Duchess Kate and Prince William welcomed their third child, Louis Arthur Charles, but this is the first time she has commented on it publicly. Congrats to the growing family!

Are you happy to see Pippa’s baby news confirmed? Let us know @BritandCo!