Pippa Middleton Is Reportedly Pregnant With Her First Child 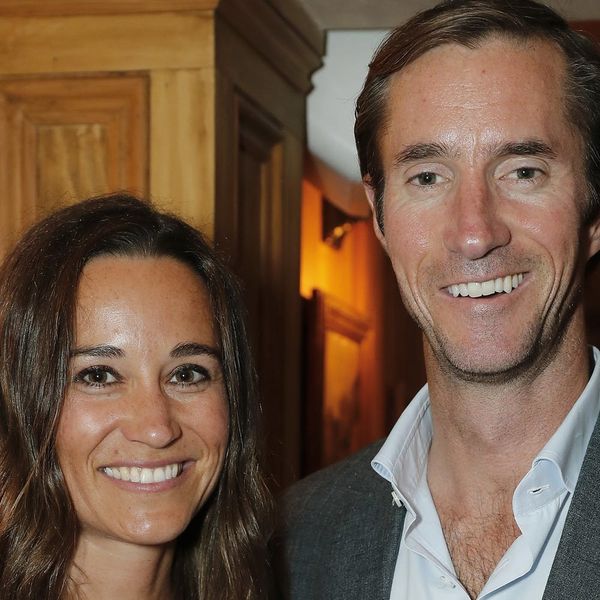 In mere days, Kate Middleton will go from being a mommy of two to a mommy of three as she gives birth to a babe with a very regal title: His (or Her!) Royal Highness of United Kingdom of Great Britain and Northern Ireland. Reports are now circulating that the Duchess of Cambridge may also soon have a new title of her own, however — Aunty Kate!

Though a rep has declined to comment, a report from The Sun claims that Middleton’s little sis, Pippa Middleton, is expecting her first child.

The 34-year-old tied the knot with hedge fund manager James Matthews back in May after rekindling their romance a year prior.

With the report listing the couple’s due as sometime in October, it would mean that the sisters have been sharing in their pregnancies together — at least for a little while.

Kate’s own pregnancy was announced by the royal family back in September with a statement from Buckingham Palace.

She has since taken maternity leave from the public eye, and is not expected to be seen again before brother-in-law Prince Harry and Meghan Markle’s May nuptials.

Are you looking forward to seeing potential maternity style from Pippa? Sound off over @BritandCo.

Nicole Briese
Nicole is the weekend editor for Brit + Co who loves bringing you all the latest buzz. When she's not busy typing away into the wee hours, you can usually find her canoodling with her fur babies, rooting around in a bookstore, or rocking out at a concert of some sort (Guns N' Roses forever!). Check out all her latest musings and past work at nicolebjean.com.
Celebrities
Celebrity News
Celebrities Celebrity Baby Royal Family
More From Celebrity News