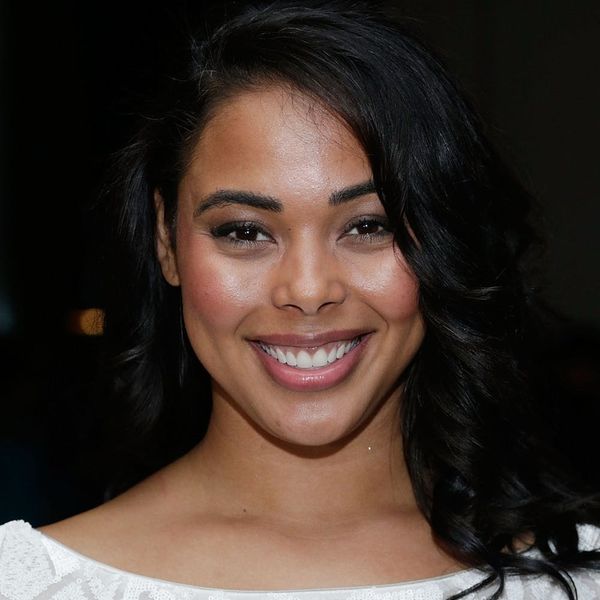 Despite speculation that Victoria’s Secret could soon be hiring its first plus-size Angel way back in 2015, the lingerie brand has yet to feature curvy models on its runways, in print ads, and beyond. In fact, the newly revealed 2017 Victoria’s Secret Fashion Show lineup features largely familiar faces. Plus-size model Tabria Majors didn’t need a company contract to slay its famous campaigns, however, taking matters into her own hands.

The 27-year-old has been making waves since she took to Instagram on Halloween to recreate three of own her personal favorite VS shoots. “Maybe I’ll be a Victoria’s Secret Angel this year for Halloween, since it ain’t happening in real life lol,” she wrote.

Maybe I’ll be a Victoria’s Secret Angel this year for Halloween, since it ain’t happening in real life lol. Just paying homage to a few of my favorite pics/outfits from VS here and showing that curvy girls can rock (and sell) lingerie just as well as straight size models. _____________________________________ 📸 @allgoodthingstv 👚 @victoriassecret

Taking on the likes of such well-renowned Angels as Candice Swanepoel and Jasmine Tookes, the Sports Illustrated swimsuit finalist wrote, “Just paying homage to a few of my favorite pics/outfits from VS here and showing that curvy girls can rock (and sell) lingerie just as well as straight size models.”

Since then, the pics have gone viral, racking up nearly 30,000 likes. Speaking with HuffPost Canada, the Brooklyn-based model opened up about her motivation for doing the photo shoot, declaring, “I really want to open the discussion of inclusivity in mainstream media. I just want to know why [Victoria’s Secret], and so many other companies, don’t cater to the average-sized woman.”

“The main argument I’ve heard is that it’s expensive, time-consuming, and companies don’t have the proper resources to expand their sizes,” she continued, shutting down any possible excuses. “I personally don’t believe that, primarily because the plus-size industry brings in billions of dollars each year, and the potential profit companies would make should counter any of their hesitations.”

The Tennessee native, who is a proud 218 pounds, is currently one of six finalists in SI’s Swim Search. If she wins, she would be helping Sports Illustrated debut its swimwear line and would snag a coveted spot in the 2018 swimsuit issue.

What do you think of Tabria Majors’ DIY Victoria’s Secret shoot? Tweet us @BritandCo.