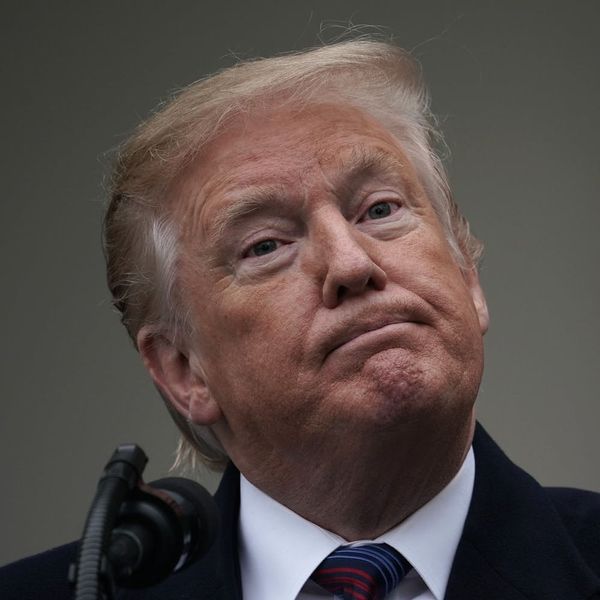 President Trump announced on Friday, January 25, that he will grant a temporary, three-week reopening of the federal government, even without a deal for border wall funding. The news marks a turning point in the 35-day-long partial government shutdown that has left some 800,000 federal government workers without pay.

“I am very proud to announce today that we have reached a deal to end the shutdown and reopen the federal government,” said Trump before expressing his intent to sign a bill to reopen the government until February 15, and a promise that federal employees will receive their backpay “very quickly.”

Trump went on to say that ongoing negotiations for a long-term, bipartisan budget agreement mark “an opportunity for all parties to work together for the benefit of our whole beautiful, wonderful nation.”

The president also spoke, at length, about the so-called immigration crisis at the southern US border and reiterated his unwillingness to bend on the construction of a wall. The president insisted that the “walls we’re talking about” for southern US border security “are not medieval walls. They are smart walls.” He also said that the “walls,” which don’t yet exist on the US border, “have see-through visibility, which is very important,” in addition to screening and surveillance technologies.

Press Secretary Sarah Sanders announced Friday that Trump would be making a speech regarding the government shutdown at the White House Rose Garden at 1:30pm Eastern Standard Time. By the time the president took the podium, over 45 minutes late, numerous news outlets had reported that Trump appeared poised to agree to the three-week deal.

The impact of the shutdown has been wide-reaching. Food banks across the country have reported additional strain due to the increase in demand from unpaid government workers. Ongoing funding for social assistance programs that are heavily relied upon by impoverished women and families has been uncertain. National parks have narrowly averted temporary closure due to vandalism and disarray. On Friday, a spike in federal aviation employees calling in sick to work prompted airport delays across the eastern seaboard — delays that were still in effect as Trump delivered his speech.