So Many Furloughed Air Traffic Controllers Are Calling in Sick That Major Airports Are Pausing, Delaying Flights 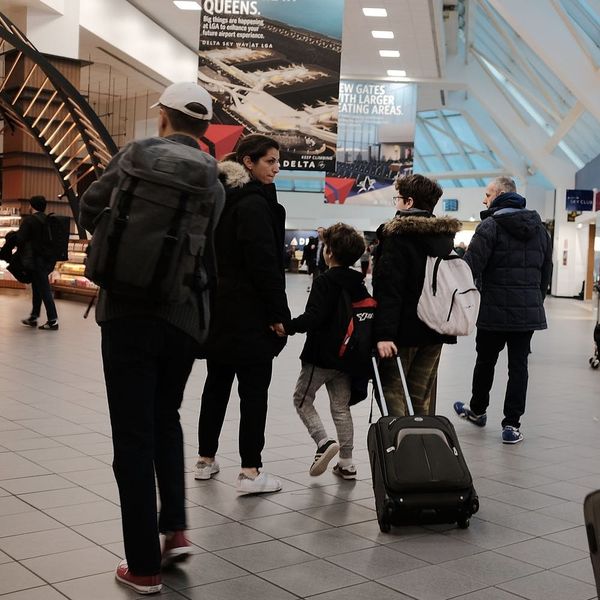 News broke Friday morning that at least some air traffic control workers with the Federal Aviation Administration (FAA) have called out sick from two east coast air traffic control facilities — a scenario that was expected — as the government shutdown hits its 35th day.

Though an FAA statement released on Twitter described “a slight increase in sick leave” at the two facilities, the staffing shortages were significant enough to temporarily restrict flights in and out of LaGuardia Airport in New York City. Related delays have also been reported at Philadelphia International Airport and Newark International Airport in New Jersey, one of the busiest airports in the country.

The Washington Postreports that the two facilities facing staffing problems were air traffic centers in Jacksonville, Florida, and a Washington, DC, center that controls high-altitude air traffic over seven states.

White House press secretary Sarah Huckabee Sanders told reporters that the president has been briefed on the staffing shortage, and that the White House is monitoring the situation and is in contact with both the FAA and the Department of Transportation.

Friday’s flight delays come just one day after the unions that represent air traffic control workers at the FAA, commercial airline pilots, and flight attendants warned that the government shutdown could cause disruptions to travel.

In a joint statement released Thursday, the National Air Traffic Controllers Association, Air Line Pilots Association, and Association of Flight Attendants said: “We have a growing concern for the safety and security of our members, our airlines, and the traveling public due to the government shutdown.”

The statement ended with a plea to Congress and the president: “To avoid disruption to our aviation system, we urge Congress and the White House to take all necessary steps to end this shutdown immediately.”

The FAA advises the public to monitor air traffic on the FAA website, and to contact airlines directly if there are any questions about individual flights.

Brit + Co called the Eastern Region press office of the FAA for comment; according to a recorded answering message, there are no workers in office to answer calls because of the lapse in government funding.