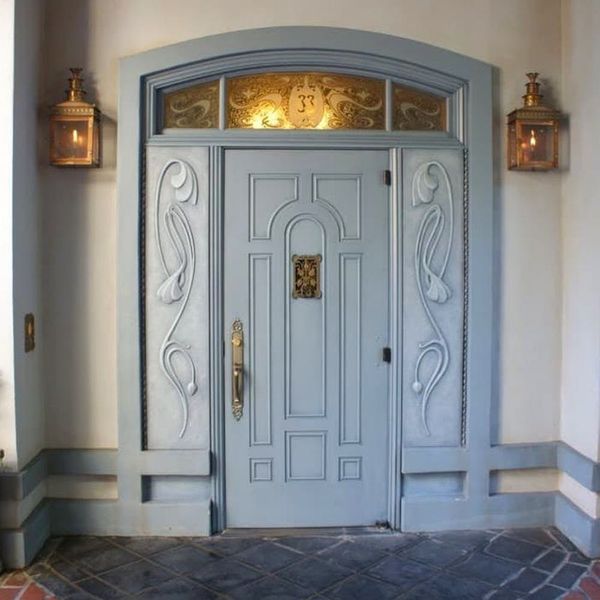 Forget about the stuffy old social clubs of yore. While antiquated organizations focused on tee times, three-martini lunches, and unapologetic social climbing, there are more modern clubs that celebrate culture, travel, and magic (or that can get us into a private jet or swanky car). While these clubs might be hard to get into — and will set you back a pretty penny in both initiation fees and yearly dues — if you’re looking for a splurge, they might be a worthy investment.

1. Club 33, Disneyland, CA: Club 33 is the ultimate membership for a diehard Disneyland fan. The private club, located behind an unassuming door in the heart of New Orleans Square, is the only place in Disneyland where liquor is served (and that’s almost worth the membership right there… almost). Along with a beautifully appointed bar that boasts a variety of magical flourishes here and there, the club hosts an array of member-only events with Imagineers and Disney experts. Being a member also gets you access to 1901, the private club over in California Adventure. (Photo via Sunny Chanel)

2. Magic Castle, Hollywood, CA: For those who have a trick or two up your sleeve (literally), a membership at the Magic Castle is right up your alley. The Hollywood hot spot is the exclusive clubhouse for members of the Academy of Magical Arts, hosting a wide array of magical performances, as well as offering the chance to dine in “Victorian splendor” on such dishes like Ancho Chili Coffee Braised Pork Osso Bucco or a Harry Houdini cut of Herb-Rubbed Slow-Roasted Prime Rib (note there is a strict dress code). The club offers a rotating roaster of events, and membership at the magician level includes access to the club’s impressive library of magic.

3. The Explorers Club, New York City, NY: Since its inception back in 1904, the Explorer’s Club has supported and celebrated scientific exploration of land, sea, air, and space. At their palatial headquarters in NYC’s Upper East Side, you might expect to see Indiana Jones lounging in one of the well-worn leather chairs sipping on a bourbon while pontificating on exotic adventures. But this isn’t a place for fictional explorers; this is the REAL deal, with legendary members including Edmund Hillary, Jacques Piccard, and Josh Gates of Expedition Unknown.

4. Disney Vacation Club (Various Locations): If you can’t finagle a membership to Club 33 — which is next to impossible to get (there is a years-long waiting list) — then you can always become a member of the Disney Vacation Club timeshare program. Not only do you get to use your points for extraordinary accommodations (hello there, over-water bungalow), but you’ll also get invited to member-exclusive events like admittance to Animal Kingdom after the park officially closes. Members also get to hang out at private lounges like the DVC Member Lounge in Epcot, Reunion Station at the Wilderness Lodge, and the Top of the World Club in Bay Lake, which serves up a scrumptious Seven Layer Cake that’s only available there. (Photo via Disney Vacation Club)

5. Kitchen Collective, Napa, CA: The culinary arts are the focus at Napa’s Kitchen Collective, a private club created for the “cooking enthusiast.” In the club’s professional kitchen, members cook alongside culinary pros and those passionate about creating magic in the kitchen. Weekly events include feasts made to honor global cuisines from “A Taste of New England” to “A Taste of Morocco,” where members can sit back and relax let the real chefs do the cooking. (Photo via Kitchen Collective)

6. Wheels Up (Service to Various Locations): For those who travel a whole lot but don’t like to fly commercial, there’s Wheels Up; it’s like a ride-sharing program for private airplanes. Members have access to a fleet of 75 aircraft that they can book with a day’s notice. Along with the luxury of avoiding a cramped seat in coach on a commercial jetliner, Wheels Up offers signature events, concierge services, and meet-and-greets with their ambassadors, including Serena Williams and Tom Brady.

7. The Gotham Club, San Francisco, CA: If you’re a hardcore baseball fan and happen to live in the San Francisco Bay Area, the Gotham Club is for you. This exclusive private club is located right behind the scoreboard at AT&T Park (you even get to see workers change the numbers after every run). Along with gourmet dining and a full cocktail bar, there are odes to baseball everywhere. Members also can take advantage of a private bowling lane and pool room tucked away in the stadium itself. (Photo via Sunny Chanel)

8. DreamShare (Various Locations): Instead of dropping $326,000 on a single cherry red Ferrari 458 Italia Spider Convertible, join DreamShare, a timeshare-type scenario for exotic automobiles. This club allows you to pick your wheels from a jaw-dropping collection of fancy cars — from the red Ferrari mentioned above to a sleek Rolls Royce to a sporty Lamborghini — and various membership levels offer increasingly generous rental credits.

9. Wingtip, San Francisco, CA: Located in the heart of San Francisco’s Financial District, Wingtip is the kind of club you could imagine Don Draper, Humphrey Bogart, or Ian Fleming being a member of. Speaking of Ian Fleming, the Wingtip hosts an annual party in honor of his birthday as well as Burns Night (for Robert Burns), Repeal Day (the End of Prohibition), and a big event celebrating Frank Sinatra’s b-day. Wingtip — with its well-appointed bar and snappy dressers — hearkens back to the classic clubs of yesterday, but with a far more whimsical edge.

10. SoHo House (Various Locations): This private club that caters to creative fields has over 20 Houses all over the world (the first house was in London’s SoHo). There is a strict and mysterious admission process that requires nomination by two existing members and is not necessarily based on status or wealth (Kim Kardashian has reportedly been denied membership in the past). As a result, the community is a carefully curated group of interesting creatives, and membership grants access to a cozy space for social networking, private meetings, working, dining, or enjoying special events. Their strict no-camera policy also gives members a space to relax with ultimate privacy.

Which club would you most want to join? Tell us @BritandCo.

Sunny Chanel
Sunny Chanel is a freelance writer as well as the founder of the whimsical site Wonder and Company. When this proud San Franciscan isn't writing, working on her fixer-upper or doing crafts, she is playing dress up with daughter and planning her next trip to Disneyland.
Disney
Creativity
Disney inspiration Self Travel Vacation
More From Creativity