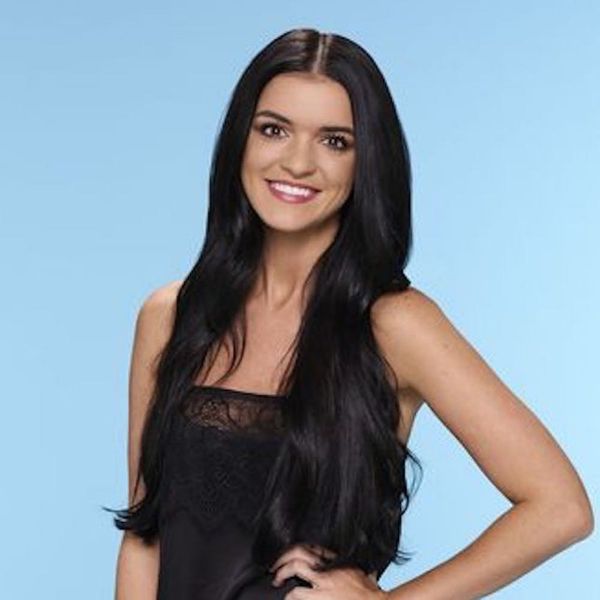 Vanessa Grimaldi may have ultimately won the season finale of The Bachelor, but runner-up Raven Gates was certainly a big winner when it came to style.

For her final appearance on this roller coaster ride of a season, Gates chose a floor-length Randi Rahm gown with a high halter neck and sheer embroidered beaded overlay. While the dress looks silver or off-white in most photos, it actually appeared to have a hint of baby blue on Gates, making it the perfect hue to offset Raven’s, well, raven locks.

The designer teased Gates’ final look just hours ahead of the finale airing by posting a pic of the dress (alongside three other looks that didn’t make the cut). The finalist clearly has a penchant for the high halter neckline (and why not! It makes her toned shoulders look AMAZE).

While the Silvia Gown ($6,800) that Gates opted for certainly will set you back a hefty sum, if you’re willing to splurge and MUST HAVE the dress, you can score it by stopping by the designer’s showrooms in New York or LA.

Or, you could also use it on your fashion vision board for style inspo to the max!

What’s your favorite look from The Bachelor? Share with us @BritandCo.

Nicole Briese
Nicole is the weekend editor for Brit + Co who loves bringing you all the latest buzz. When she's not busy typing away into the wee hours, you can usually find her canoodling with her fur babies, rooting around in a bookstore, or rocking out at a concert of some sort (Guns N' Roses forever!). Check out all her latest musings and past work at nicolebjean.com.
Celebrity Style
Celeb Style
Celebrity Style