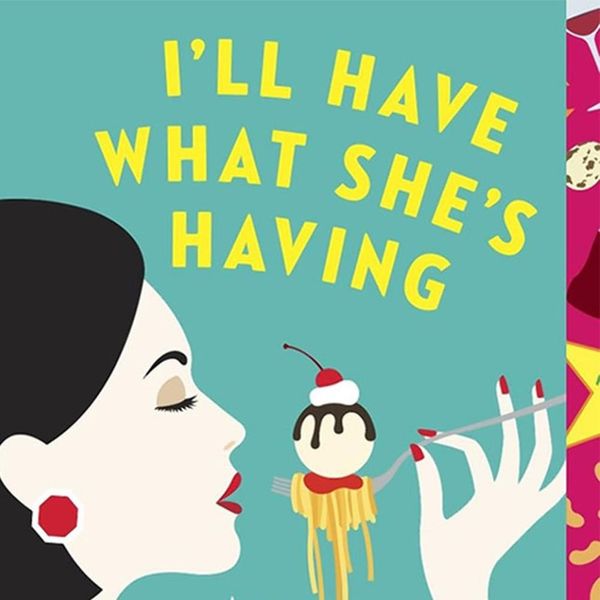 It’s no secret we enjoy living vicariously through celebrities around here. From their interior designs to their beauty secrets and even their holiday traditions, we love taking a peek inside the lives of the rich and famous. But no one takes it further than Rebecca Harrington, author of the recently-released and totally hilarious I’ll Have What She’s Having.

What was the first celebrity diet you tried, and what inspired you to keep trying more?

I first tried the William Howard Taft diet, a terrible, high-protein diet from 1905. When that was deemed impracticable (by me), I branched out to more temperate dieting climes — Liz Taylor and Gwyneth Paltrow.

In the book, you talk about how Marilyn Monroe drank raw eggs and warm milk, and Elizabeth Taylor put peanut butter on her steak. Is there anywhere you’ll draw the line when it comes to a weird recipe?

No! I’m a daredevil.

Whose recipes were the simplest to make?

Beyoncé’s. The Master Cleanse is a very simple, lemonade-based diet she went on for several days in preparation for Dreamgirls. Unfortunately, the only thing you consume is lemonade.

Whose diet surprised you the most? Did you think one would be better/worse than it was?

Gwyneth Paltrow’s was way better than I thought it would be. The recipes were delicious! I could have stayed on that diet forever. (If I was a millionaire — it was rather expensive!)

Madonna’s are probably the most effective regimens, but they are also the hardest. I could barely do them!

Your friends haven’t always loved your diets (Gwyneth’s meatballs come to mind). How do you stay social in the middle of a celeb diet?

I don’t! You kind of have to resign yourself to the fact that your friends may not want to hang out with you for a couple of days.

Are there any favorite recipes you find yourself making even when you’re not on the diet?

I do like green juice now. It’s sort of refreshing in a grassy way.

Which celebrity diet secrets do you most want to try next?

What’s one piece of advice you’d give to anyone trying a celebrity diet?

Stay strong, but also feel free to give up.

And any advice for the celebrities themselves?

You poor people! I’m sorry for you.

Looking for more of Rebecca’s advice on the unappetizing world of celeb diets? Check out Amazon for more info on I’ll Have What She’s Having, then sound off in the comments on whose diet secrets you want to know next.

Molly Griffin
Molly is a writer and editor from Boston who loves traveling, eating and occasionally being a little too candid. She lived in Dublin, Ireland for the last four years but recently moved to San Francisco to escape the rain. Now, she’s on the lookout for a good proper pub.
Beyonce
Health
Beyonce Books Gwyneth Paltrow interview
More From Health