Remembering 4 Women Who Paved the Way for Hillary 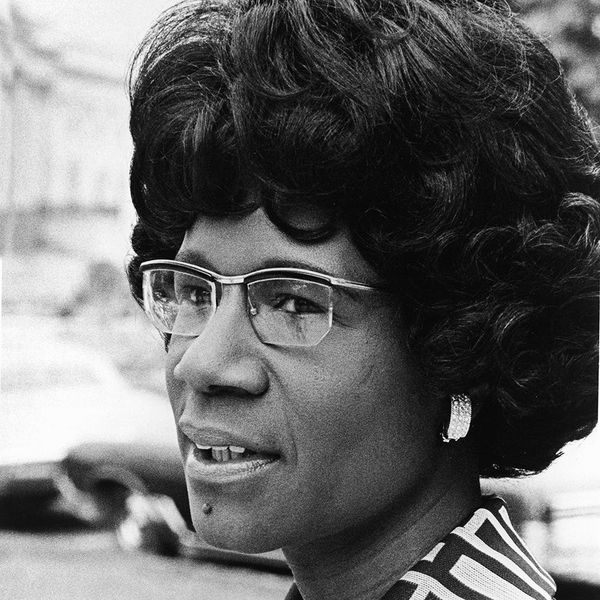 The last Democratic primary has happened: On June 14, Washington, DC voted, further bolstering Hillary Clinton’s claim to the nomination by supporting her with 78.7 percent of the vote. She is now all but officially the first woman to win the nomination of a major party. But, as we noted last week, there have been other women in the running for the presidency, including Jill Stein, who is this year’s Green Party candidate.

1. Gracie Allen: The mid-century comedian ran a joke campaign under the banner of the made-up “Surprise Party” in the 1940 election, making her technically the first woman to win the nomination of a political party. She bowed out graciously to let Franklin D. Roosevelt cruise into a third term in office. (Photo via Harold Clements/Getty)

2. Charlene Mitchell: Gracie Allen’s stunt belongs in history books at the very least because even pushing the concept of a woman running for president was a bold move in 1940, but Charlene was the first woman to secure the nomination of an actual party (and a Black woman, at that). She ran as the head of the Communist Party in 1968 and, according to ballot-access.org, she received just shy of 1,100 votes. (Photo via Johnny Nunez/ Getty)

3. Margaret Chase Smith: In 1964, Margaret Chase Smith was the first woman to run for the nomination of either of the two major political parties of the last century. She’d already spent nine years in Congress representing Maine (initially taking over the seat her husband held when he died) and 15 in the Senate. Margaret was a moderate Republican who criticized Sen. Joseph McCarthy’s crusade against Communists in the ’50s. She lost to über-conservative Barry Goldwater. (Photo via Wikimedia Commons)

4. Shirley Chisholm: Shirley was a record-breaker every step of the way. In 1968 she was the first Black woman elected to Congress. Just four years later, she became the first woman to run for the Democratic Party’s nomination, and the first Black person to seek the nomination of either major party. Her 1968 campaign slogan, “Unbossed and Unbought,” is as inspiring today as it was then. Another mark of the 1968 campaign, though not Shirley’s personal doing, is that every presidential campaign since has seen at least one woman run. (Photo via Hulton Archives/Getty)

Let us know which women in US political history have most inspired you! Tweet us @BritandCo!

Tannara Yelland
Tannara is a freelance writer and editor, an occupation perfectly suited for her affection for drinking too much coffee and keeping odd hours. She usually writes about politics, economics, and pop culture. Some day she will put to use the hundreds of hours she's spent watching Say Yes to the Dress and write THE definitive analysis of the show.
Entertainment