How Rita and Bey Schooled All of Us on Spreading Rumors 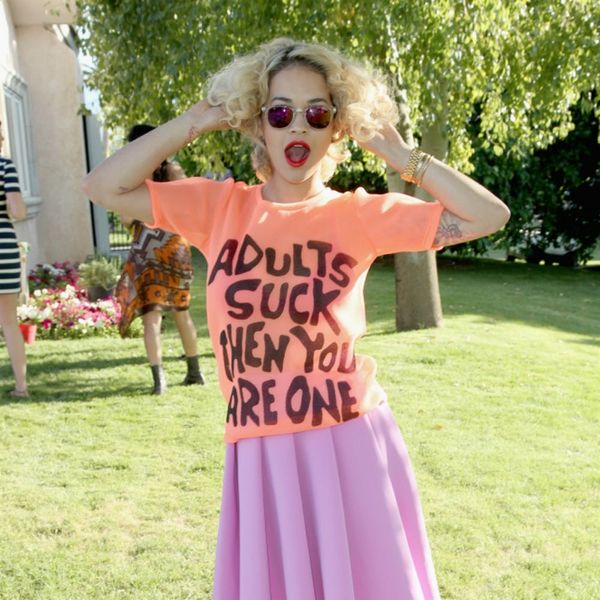 When Lemonade dropped a few short weeks ago, speculation jumped around the Internet as to exactly who “Becky with the good hair” was. After posting a Snapchat pic in a lemon-printed bikini top, singer Rita Ora was attacked by the Beyhive for being said Becky.

Turns out, the top was from her collab collection with lingerie company Tezenis and not a jab at Beyoncé at all. But being a publicity-savvy celeb, Ora then added fuel to the fire by stepping out in the exact same dress Bey wore in one scene from Lemonade just days after the bikini pic.

Rita Ora steps out in the exact same dress as Beyoncé amid #Lemonade controversy: https://t.co/h0bT1RVgUX pic.twitter.com/lvwpEYpuCm

Needless to say, the hive was really letting Ora have it, assuming she was trying to tell everyone that the woman in question was her. Rita Ora denied all the rumors… and then, last night at the Met Gala, she dropped the mic with a Snap of her and the Queen herself, with the photo covered in hearts and the word FAMILY.

Clearly, Rita Ora is not Becky with the good hair, and in this one little Snap, she’s shutting down rumors once and for all. Beyoncé seems downright joyous in the photo, which makes it look all the more natural and not staged. We’re sure that Beyoncé’s fans will continue to speculate until the identity of Becky is revealed once and for all… but maybe they should reconsider.

Who do you think Becky with the good hair is? Tell us @Britandco!

Kat Armstrong
Kat has been a writer, social media maven and mom for longer than she's willing to admit. She's also spent time in front of and behind the camera, interviewing celebs, politicians and acting as a producer for fashion and artistic photography shoots. When she isn't writing for various orgs and publications, she's hanging with her kids, husband and French Bulldog, Peter, in Toronto, Canada.
Beyonce
Celebrity News
Beyonce
More From Celebrity News