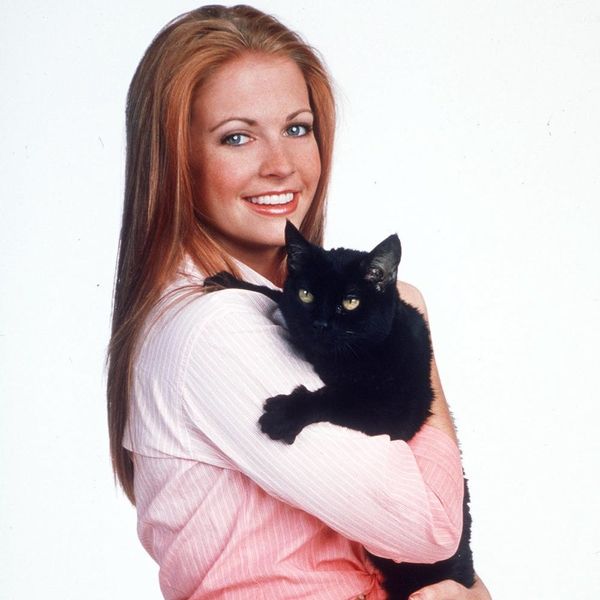 Sabrina Spellman may be headed back to TV — but she won’t be the quirky, spell-casting high-schooler you remember from the Sabrina the Teenage Witch show that starred Melissa Joan Hart back in the ’90s. Along with Warner Bros. TV, The CW is developing a new series about the Archie Comics character in the vein of its other recent Archie hit, Riverdale.

The Chilling Adventures of Sabrina, which could potentially debut during the 2018-19 TV season, is from a group of producers on Riverdale — Greg Berlanti, Roberto Aguirre-Sacasa, Sarah Schechter, and Jon Goldwater — which means we can probably bet on moody sets, heart-racing story lines, and sizzling hot characters. Basically, this show is already a success and it hasn’t even hit the air.

According to E! News, the show will be “a dark coming-of-age story that traffics in horror, the occult, and, of course, witchcraft.” The CW’s logline describes it as “tonally in the vein of Rosemary’s Baby and The Exorcist” and says it will find “Sabrina wrestling to reconcile her dual nature — half-witch, half-mortal — while standing against the evil forces that threaten her, her family, and the daylight world humans inhabit.” (We’re imagining a witchy version of Buffy the Vampire Slayer, but maybe even scarier and more intense.)

Fans of the original Archie Comics have been wondering whether Sabrina would pop up on Riverdale, especially after FP (Skeet Ulrich) was seen reading *that* comic in his jail cell. When asked about it by E! News after last season’s finale, Aguirre-Sacasa teased, “It is absolutely true that we chose that comic book for a very particular reason.” It makes sense now, of course, since the new project is being billed as a companion series to Riverdale.

Aguirre-Sacasa also hinted back in April that more supernatural elements would come into play on Riverdale — but it’s unclear whether that would involve Sabrina at all. “We obviously have talked about the supernatural in the room, and at a greater level with the network and the studio and things like that,” he said at the time. “There will absolutely always be a genre element to [Riverdale], and in season one, there are hints of the supernatural, and there are visions and dreams. Cheryl sees Jason as a zombie, and she sees his ghost, and Archie sees werewolves… I can tell you that in season [two] we are going to continue pushing the envelope on that.”

He added, “It’s almost like a little bit more like Twin Peaks, as it went on, it got a little bit more metaphysical and supernatural. That’s kind of what we’re thinking of for season two, which isn’t to say that Sabrina is off the table completely, but I think it’s a big thing to introduce the supernatural into a naturalistic world. We want to be really, really careful about how we do it.”

No casting details have been announced for The Chilling Adventures of Sabrina, but it looks like Dove Cameron might be angling for the lead role. Earlier this month, the Descendants 2 star posted a photo of an old Sabrina the Teenage Witch comic to Instagram. She captioned it with a telephone emoji, which could be a hint to the powers that be.

Are you excited for The Chilling Adventures of Sabrina? Let us know @BritandCo!