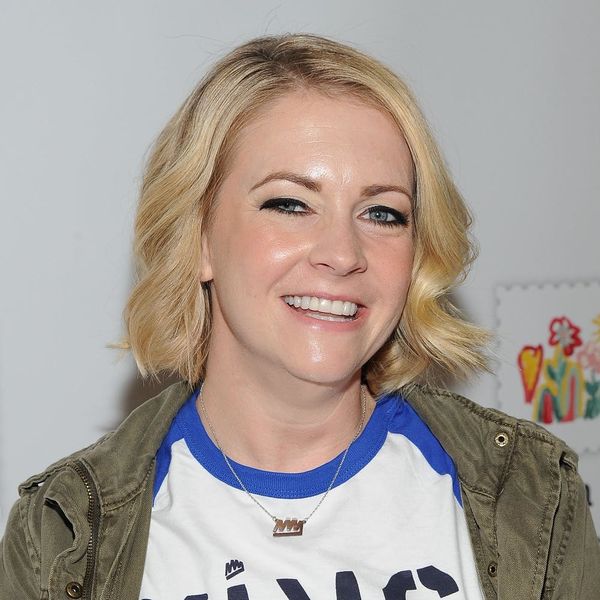 Sabrina the Teenage Witch made a generation of ‘90s and ’00s teens (and beyond) wish that they could cast a spell with a simple point of their finger. While dealing with the normal trials and tribulations of teendom like high school and crushes (remember hunky Harvey?), Sabrina also had to juggle her quirky witchy aunts and, of course, her sassy talking cat, Salem. Nowadays, Sabrina would be all grown up because, ya know, teenage witches don’t just disappear once they reach adulthood. That would just be silly!

So where does Melissa Joan Hart, the beloved actress who portrayed Sabrina throughout the series’ run, think Sabrina would be today? She told Pop Sugar, “I think [Sabrina and Harvey would] be living in the suburbs with a few kids. Sabrina always wanted to be as normal as possible! Did she ever use her powers again, would be the real question. I don’t think she would have gone after a magical hero-type lifestyle; I think she’d lay low and probably use magic for her domestic skills, doing chores, and making meals with non-GMO products [laughs].”

A few kids? Perhaps with some magical talents stemming from their witchy lineage? Melissa clarified that there might be the chance that Sabrina’s little ones could be magically-inclined, saying, “I get so many tweets and emails about that. ‘You should do a show about Sabrina’s kids being half mortal,’ and I’m like, ‘Well, they’d actually be a quarter.’”

Although it seems like Sabrina might have settled down for a simple (yet happy) stable suburban lifestyle, snarky Libby would probably have ended up on a much different path.

We think that seriously needs to happen!

What would you do if you had magical powers? Tweet us @BritandCo!

Desiree O
Desirée O is a ‘Professional Bohemian’ who loves anything and everything related to the arts, entertainment, and pop culture. She ADORES being a ‘Newsy’ for Brit + Co, covering all of the latest tidbits of awesomeness that you want to read about. When she’s not writing, she’s either making messy art, going on long adventurous walks with her camera, or poking around over at bohemianizm (http://www.bohemianizm.com/). You can find out about Desirée O and her work at http://DesireeO.com/ or follow her on Twitter @DesireeO.
90s
Celebrity News
90s
More From Celebrity News