Salma Hayek Pinault Is Nearly Unrecognizable As a Blonde 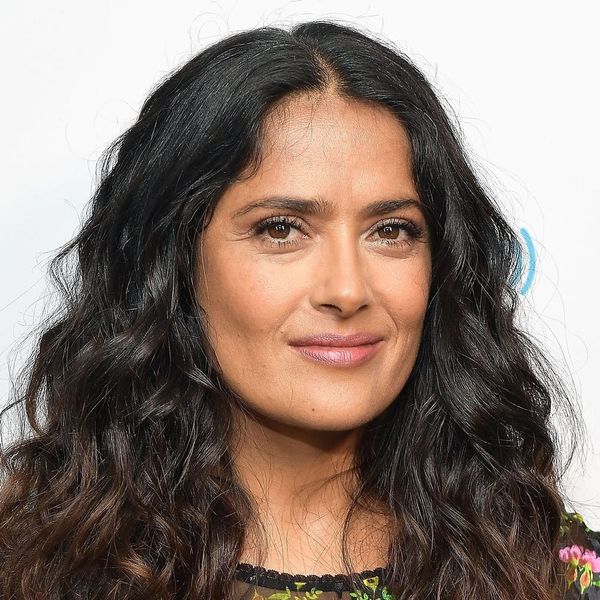 Marion Cotillard isn’t the only one jumping aboard the blonde train! Actress Salma Hayek Pinault, who’s been brunette for as long as we can remember (sans a random flirtation with a cotton candy pink hairdo that had us doing a double take at Cannes back in May), just took to Instagram to give us a glimpse of what she would look like as a blonde, and world, brace yourself!

The dark-haired beauty made the switch to hit the Front Row at Alturzarra in Paris. The mother of one gave us a sneak peek at the “el processo,” or process, which began by sweeping her usually raven-haired locks back into a low pony.

From there, she was fitted for a shoulder-length blonde wig, which covered up any evidence of the brunette life she was leaving behind. Securing the look with pins, her hairstylist transformed the Drunk Parents star into a whole new woman, just like that, no bleach required.

The shocking transformation was made complete by the bold fuchsia suit Hayek Pinault chose for the affair, making Blake Lively’s pal nearly unrecognizable.

While there’s no word how long it will stick around, given the temporary nature of her rose-gold locks, we’d guess it’s only a fleeting fling she’s having with the flaxen look.

Still… it’s certainly fun while it lasts, no?

Salma Hayek Pinault: Better as a blonde or brunette? Tell us over @BritandCo.

Nicole Briese
Nicole is the weekend editor for Brit + Co who loves bringing you all the latest buzz. When she's not busy typing away into the wee hours, you can usually find her canoodling with her fur babies, rooting around in a bookstore, or rocking out at a concert of some sort (Guns N' Roses forever!). Check out all her latest musings and past work at nicolebjean.com.
Celebrity Hair
Hair
Celebrity Hair Hair Hair Color hair dye
More From Hair