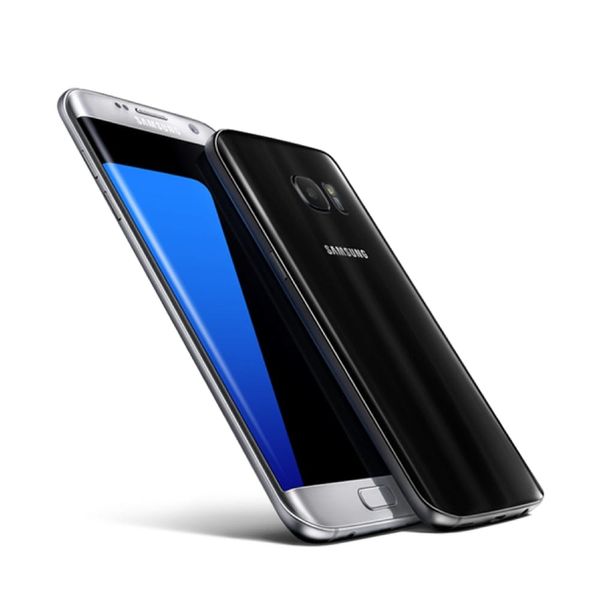 If you’re a power Android user, this news is going to send you over the moon… and if you’re an iPhone user, it’s never been more tempting to switch. Yesterday at the Mobile World Congress going down in Barcelona, Apple’s biggest competitor, Samsung, introduced the latest generation of their flagship handsets: the Galaxy S7 and Galaxy S7 Edge. We have all the nitty-gritty details on why this is the best phone that Samsung has created yet.

First of all, with the 5.1-inch Galaxy S7 and its bigger 5.5-inch brother the S7 Edge, Samsung brought back the “water-resistance” feature, which was lacking in the S6/S6 Edge, much to the chagrin of many Android users. The newest phones can be submerged in 1.5 meters of water for 30 minutes. 30 minutes! It’s pretty incredible to think that you could literally take your phone on a very brief snorkeling trip. Secondly, both batteries have gotten a serious boost — 3000 mAh for the S7 and 3600 mAh for the S7 Edge — so prepare for longer usage. However, unlike previous Samsung phones and more like the iPhone and the S6/S6 Edge, the battery is still locked into the handset.

Both phones come in Black Onyx and Gold Platinum, but the Edge will also come in Silver Titanium. Both handsets will also have 32 GB of storage out of the box, but have room for microSD cards in case you want to bump up that number. The Galaxy S7 will come with Samsung’s SuperAMOLED screen with Quad HD resolution. The Sony’s Xperia X5 Premium, which launched in November of last year, sports a 4K display, and the Quad HD is definitely not as good, which means Samsung doesn’t yet think we need the 4K display quite just yet. FYI, the iPhone 6S is only at a 1080p, which the Quad HD still outperforms. Both phones will run on the Android 6.0 Marshmallow OS.

From here, there are a few more surprising choices. The Galaxy S7 comes with an only 12-megapixel camera, which may look like a significant downgrade following the 16-megapixel cam of its predecessor. Despite its lower resolution, Verge reports, “Samsung says its larger pixels let in 56 percent more light than before for better low-light images… Combined, the new sensor and lens let in 95 percent more light than last year’s already impressive camera, which is promising for low-light photography.” So perhaps this downgrade may not be so bad?

Another major change is that the display is now always lit to easily show you the time and any notifications you might have. But wait, what about that feature draining the battery? you might be asking. According to Samsung, during testing, this always-on feature only uses a half percent of battery per hour. Plus, there’s a proximity sensor that allows your phone to detect whether it’s in a bag or otherwise covered up that will shut off the screen when you don’t need it. No more tapping any annoying top or side buttons!

Oh, and we haven’t even mentioned the best news yet. If you pre-order now, you get a free Gear VR headset thrown in. YAAAS for virtual reality!

If you’re itching to get your hands on these smartphones now, you’re going to have to cool your engines. The phones will be dropping (not literally) worldwide on March 11.

Will you be checking out the Samsung Galaxy S7 or S7 Edge? Tweet us @BritandCo!