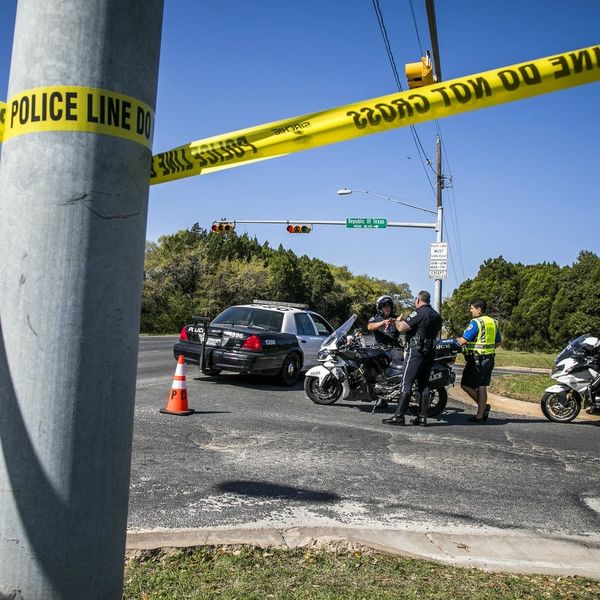 A package bomb was detonated just after midnight on Tuesday at a FedEx sorting facility just outside of San Antonio, Texas. The package had an Austin, Texas address, which is leading to speculation as to whether the bomb is related to a series of four Austin package bombs that have killed two people and injured four.

At the FedEx sorting facility, San Antonio’s fire department said that a bomb containing shrapnel and nails detonated at the center shortly after midnight. Although the report is technically unofficial, the Bureau of Alcohol, Firearms, Tobacco and Explosives, as well as the FBI are now investigating. No one was seriously injured in the blast.

75 staffers at the facility were held and questioned by authorities overnight, with the shipping company saying in a statement that the would work closely with officials during the investigation.

“We can confirm that a single package exploded while in a FedEx Ground sortation facility early this morning,” the statement read in part. “One team member is being treated for minor injuries. We are working closely with law enforcement in their investigation. We are not providing any additional specific information about this package at this time.”

MAJOR INCIDENT SCHERTZ TEXAS AREA. This is what we have gathered unofficially:
Shortly after 12 midnight, a package destined for Austin, Tx detonated at the FedEx distribution facility located at 9935 Doerr Lane. The package was said to have contained nails and shrapnel.

The first package bomb went off on March 2, killing Anthony Stephan House, the stepson of prominent Black pastor Freddie Dixon, who previously headed one of the city’s historic Black churches. Then, on March 12, a 17-year-old boy was killed and his mother was seriously injured in a separate blast. Pastor Dixon told The Washington Post that he was good friends with the grandfather of the boy who was killed Monday, leaving a curious connection to the two incidents.

While the first two bombs were packages delivered to prominent families in the city’s Black community, the third injured a 75-year-old Hispanic woman, and the fourth, found just this past Sunday, was a bomb with a tripwire in a public space.

After Sunday’s tripwire bomb was discovered, Austin police said that the bomb was far more sophisticated than the previous package bombs had been.

“We are clearly dealing with what we believe to be a serial bomber at this point,” Police Chief Brian Manley said Monday. “We’re very concerned that with tripwires a child could be walking down a sidewalk and hit something.”