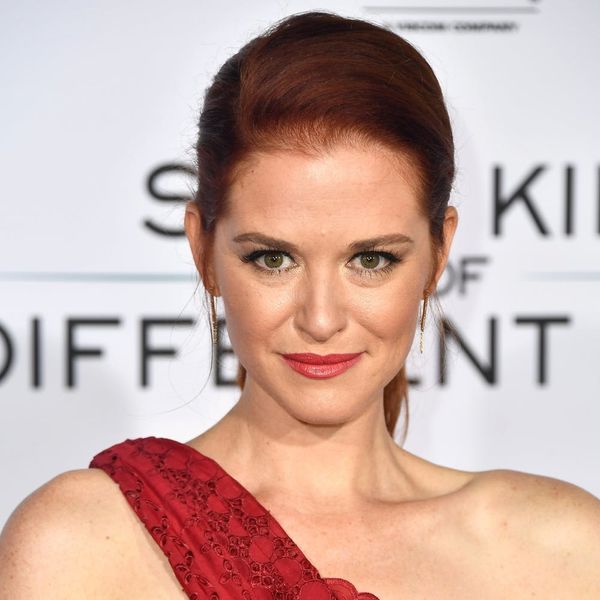 Grey’s Anatomy has seen a lot of characters come and go — one, Thatcher Grey, is set to return in season 15 — but every goodbye still stings like the first. Fans were especially devastated by the news this spring that Jessica Capshaw and Sarah Drew would be leaving at the end of season 14. Drew herself said in May that she was “overcome with sadness” at the thought, and now she’s opening up more about the moment she found out she would not be returning as Dr. April Kepner.

“It was in the afternoon and I went back to my trailer and I did my crying and called my people,” the actress told The Hollywood Reporter. “A whole bunch of people came into my trailer to give me hugs and cry with me and tell me they were so sad I was leaving.”

As Drew first shared back in March, the week she learned the news was the week she was supposed to shadow costar Kevin McKidd, who was directing the episode they were shooting at the time. “I was supposed to be shadowing Kevin this whole episode with the hope that I would get to direct an episode of Grey’s, but [after being let go] it seemed like that wasn’t a possibility anymore,” she told THR.

“I wondered if I should keep shadowing Kevin. My husband was like, ‘Of course you go.’ I had this incredible opportunity to grow as a director and as an artist with a director that I respect so much. I had nothing to be ashamed of and didn’t need to hide. So that’s what I did: I showed up the next morning at 6am and shadowed Kevin until I got cast as Cagney and had to leave to go shoot CBS’ Cagney and Lacey.”

Unfortunately, Cagney and Lacey wasn’t picked up. But Drew, who directed the Grey’s Anatomy Emmy-nominated web series B-Team, said that she is “a believer in things happening for a reason and finding beauty in the midst of grief.”

“I don’t regret or begrudge anybody this season of my life,” she told THR. “I’m embracing it. I had a profound and incredible season of my life on Grey’s Anatomy. I got to tell stories I believed in. I got to work with Shonda Rhimes and Betsy Beers and learn from the best. I got to work with an incredible community of people that I will have lifelong friendships with. I got to build a platform and have my children in an environment where I was cared for because of who Shonda is and how she takes care of her mamas and her women. It’s hard for me to come up with anything I could be angry about.”