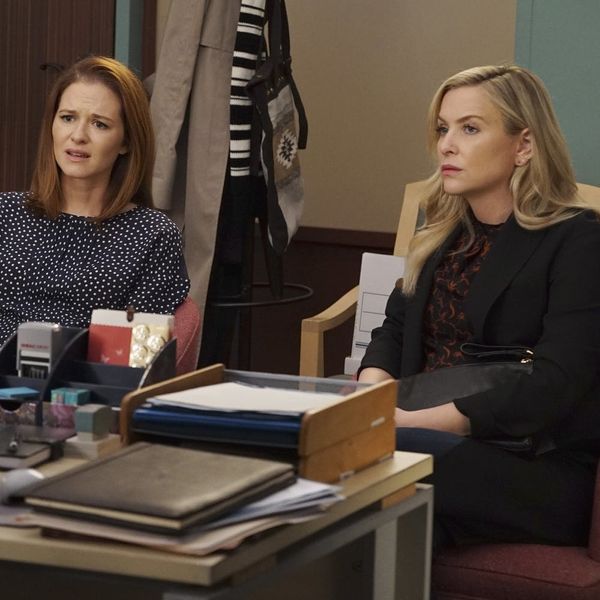 Thank goodness Ellen Pompeo is around for another two seasons, because Grey’s Anatomy just announced that two of its most beloved longtime cast members are leaving the show.

“It’s always hard for me to say goodbye to any of my characters,” Grey’s creator Shonda Rhimes tweeted. “Both Arizona Robbins and April Kepner are not only beloved but iconic — both the LBGTQ and devout Christian communities are underrepresented on TV. I will be forever grateful to both Jessica and Sarah for bringing these characters to life with such vibrant performance and for inspiring women around the globe. They will always be a part of our Shondaland family.”

When Capshaw was promoted to series regular in season six in 2009, her character had the distinction of being the only lesbian series regular on primetime TV. Drew’s character entered the picture that same season, after Mercy West Hospital’s merger with the then-Seattle Grace. Her character’s religious beliefs and chastity defined her early arc, which was a rarity on mainstream TV.

Deadline reports that the departures are due to a change in creative direction on the show, something that co-showrunner Krista Vernoff hinted at in her sweet statement about the actresses. “As writers, our job is to follow the stories where they want to go and sometimes that means saying goodbye to characters we love,” she said. “It has been a joy and a privilege to work with these phenomenally talented actresses.”

Will you miss Dr. Robbins and Dr. Drew on Grey’s Anatomy? Let us know @BritandCo.

(Photo via Eric McCandless/ABC via Getty)