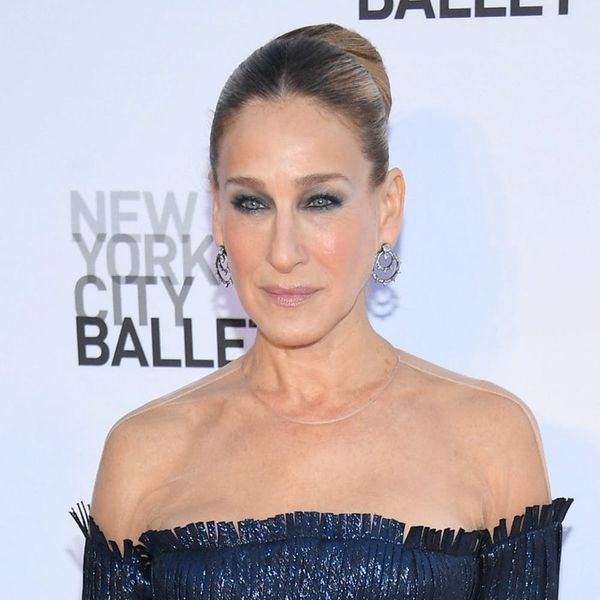 Sarah Jessica Parker has experimented with a myriad of hair colors and ‘dos throughout her Carrie Bradshaw years and beyond, but her most recent hair transformation is something we haven’t seen much of from the 52-year-old. The actress debuted *side bangs* and honestly, these babies really changed her look!

Despite the common association of side-swept bangs and the early aughts, this fringe is surprisingly modern, thanks in part to their wispiness — a far cry from the heavier bangs from the past decade. The Divorce star’s bangs start on the far left side of her face and sweep gradually across her forehead, ending with a seamless blend into the rest of her locks.

Not saying anything. X, SJ

Perhaps we should’ve seen the new look coming: three days ago, the shoe designer posted a pic to the ‘gram showing a pile of her blonde tresses on the ground. “Not saying anything,” she wrote alongside the cryptic image, which we now know is evidence of bangs-in-the-making!

Honestly, the lady looks like a million bucks in this fashion-forward cut. We wouldn’t be surprised if this trend-setter inspires a resurgence of the side bang!

What do you think of Sarah Jessica Parker’s new bangs? Let us know @BritandCo!