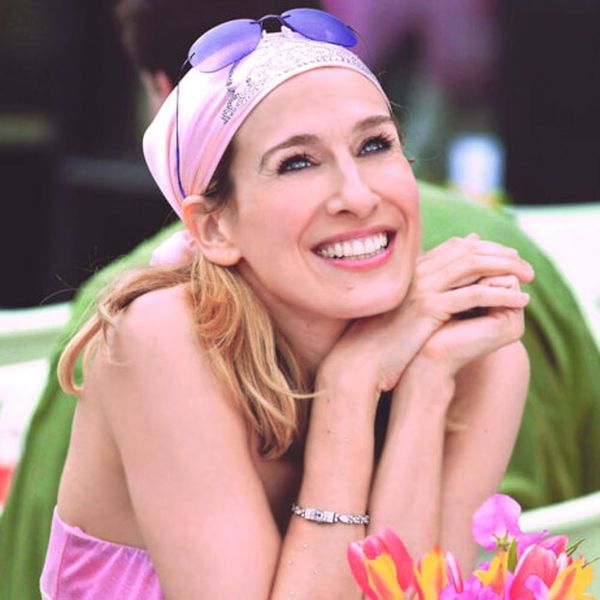 With news buzzing that Sex and the City might be coming back and Sarah Jessica Parker herself spilling the beans on SATC 3, we’re totally back in that New York state of mind. But before you grab your gals for a few yummy cosmos, you might want to hear the surprising thing Sarah has to say about Carrie Bradshaw.

For six seasons and two movies, Sarah Jessica Parker played the beloved Carrie Bradshaw, the woman who made everyone dream of a sexy city life. She took us along on her adventures of love, friendship and incredible fashion, and Carrie is still a fave for many.

But SJP herself has a view of the NYC writer that might surprise you. While chatting with Jane Pauley for Sunday Profile, the star revealed that, when it came to Carrie’s motivation, “It had to be love, love, love, love all the time,” and in her eyes, that was “childish in a way.”

Granted, the show was called Sex and the City, not Career and the City or Friends and the City, so it kinda makes sense that it would focus on Carrie’s pursuit of relationships, but still, maybe Sarah has a point.

Either way, SJP still feels like the opportunity to play the role was “a privilege,” adding, “I feel we are a fairly intimate group, this gang of 10 million that watch the show. Do you know what I mean? So I feel it behooves me to be responsible to [them], and for every single thing I do.”

And we love what you do, Sarah, we surely do. *happy perfect LBD sigh*

Do you agree that Carrie Bradshaw was somewhat childish? Tweet us @BritandCo!