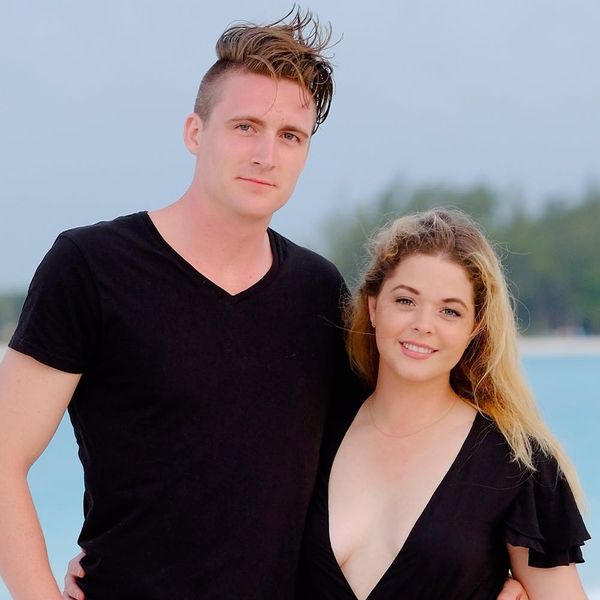 Sasha Pieterse has said “I do!” The Pretty Little Liars star married Hudson Sheaffer in a fairy-tale Irish wedding on Sunday, May 27.

The South African-born actress and her longtime love tied the knot at the Leslie Estate, a castle in Glaslough, Ireland. The bride wore a custom Christian Siriano gown and necklace from XIV Karats, according to People.

The couple announced that they were engaged in 2015, both taking to social media to share the news, with Pieterse writing, “The best day of my life.” Sheaffer added a glimpse of the special moment, captioning an image of the proposal with, “She said yes!!!”

In March 2017, Pieterse revealed that she was using Pinterest to help plan her big day. “[It’s] really surreal, but I’m glad that my fiancé Hudson and I are on the same page,” she told People at the time. “We have the same style, so it makes it really simple, really easy.”

More recently, on May 2, the 22-year-old Perfectionists star took to Instagram to share a photo of herself and Sheaffer after getting their marriage license. And two days ago, she posted another image, which she captioned, “Tomorrow guys #hudshawedding”

Pieterse, who suffers from polycystic ovary syndrome, has credited Sheaffer with helping her through her health struggles. “He’s incredible,” she told People in 2017. “I’ve known him for so long, and it’s so incredible having someone like that supporting you and knowing without a doubt that they are going to be there no matter what happens. It really, truly is reciprocated and what we originated our relationship on was honesty, commitment, being loyal, being supportive, making sure that the communication is open enough and obviously love. I think it’s incredible that I have all of that in him, and I’m excited to start our life together.”

How do you and your partner support each other? Let us know @BritandCo!