Sasha Pieterse Gets Emotional Talking About Her Health Struggles With PCOS 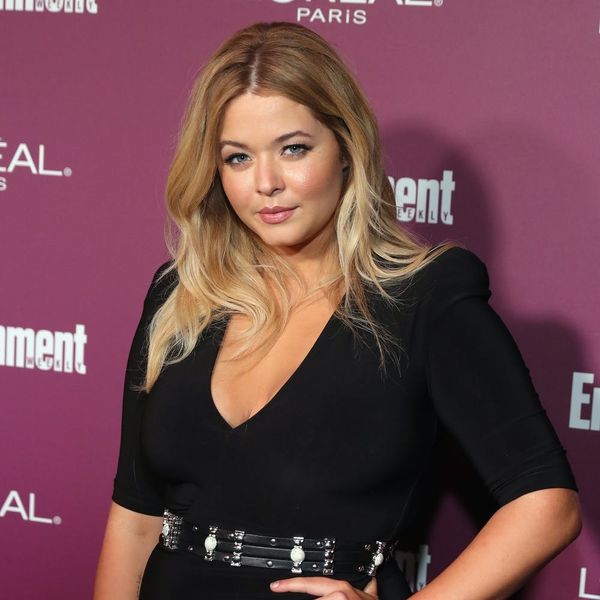 Pretty Little Liars viewers were pretty emotional when the show ended over the summer, and with the spinoff still seemingly in the far-off distance, fans were happy to see one of the show’s stars, Sasha Pieterse, join Dancing With the Stars for season 25. Although she and dance partner Gleb Savchenko have fared well in the competition so far, Pieterse opened up this week about some of the challenges she’s faced due to recent health problems.

“I gained 70-ish pounds over two years,” Pieterse, 21, said in a taped segment on Tuesday’s show. Though she initially didn’t know what was causing the weight gain, Pieterse said she was recently diagnosed with polycystic ovary syndrome, a hormone imbalance that affects many women.

Along with health issues, Pieterse struggled with cruel comments from people about the changes in her body. “It was really, really hurtful the way people reacted,” she said. “They were saying stuff like, ‘She’s pregnant.’ ‘You’re fat.’ They were angry; they were mad that I look like this. It was one of the hardest things I’ve ever been through.”

Pieterse revealed that since getting a diagnosis and starting on DWTS, she has lost 15 pounds and is happy to be getting back to feeling healthy — and more like herself again.

“It’s not an easy road, but being able to focus on getting myself healthy again and the fact that I’m seeing results now and getting better is all I can ask for,” she said. Speaking with ET after the show, she also said that she hopes opening up about her struggles will help other women in dealing with the difficult-to-diagnose condition.

“[S]o many women have it and they don’t know, and if you don’t catch it in time, it leads to [things like] ovarian cancer and breast cancer and all kinds of things that women deal with all the time,” Pieterse explained. “[A lot of it] could’ve been avoided, so if I can share that, that’s really important to me.”

Do you have or know someone who has PCOS? Let us know @BritandCo.