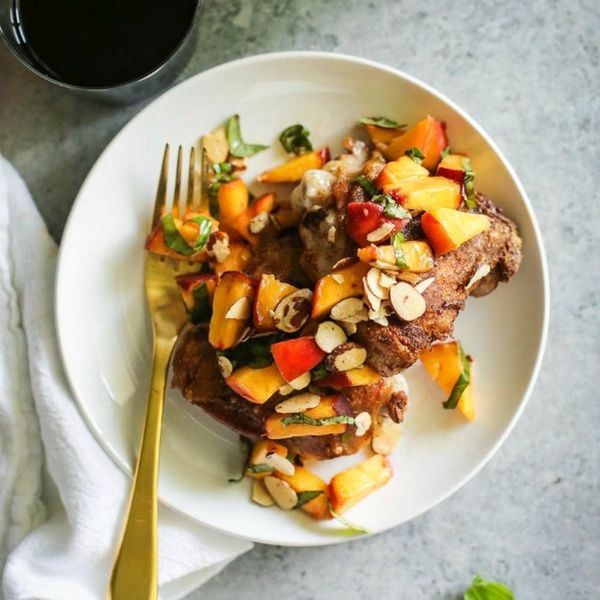 Sometimes, the most unexpected flavor combinations are the most delicious. From fruit on pizza to burgers sandwiched between doughnuts, these discoveries can add a lot to your culinary life. And just as adding chocolate to your favorite savory recipes can lead to great things, the same can be said for cinnamon. You might usually restrict it to breakfast and dessert, but just a pinch or a stick can add something unique to all your meals. These 13 savory cinnamon recipes will spice up your usual dinner routine.

1. Vegan Pumpkin Chili: The key to making good vegan chili is making sure that there’s still plenty of flavor. A combination of spices and a variety of veggies make this pumpkin chili a real treat. (via Healthy Little Vittles)

2. Pineapple Ham Pita Pizza: If you love pineapple on pizza, this one’s for you. Pita bread is topped with a cinnamon chile marinara, cheese, ham, and pineapple, for a meal that’s spicy, salty, sweet, and delicious. (via It’s Crunch Thyme)

4. Crispy Cinnamon Chicken With Peach Salsa: Spice-rubbed chicken is pan fried until crispy, then topped with peach salsa and slivered almonds in this recipe. Best of all, it comes together in just 30 minutes. (via Set the Table)

6. Grilled Indian Chicken: Marinate chicken in a blend of honey, ginger, and a variety of other aromatics, then grill it until slightly charred on the outside, but still juicy within. (via Kiwi and Carrot)

7. Spicy Chicken Kebabs With Persian Rice: Fluffy Persian rice is delicious — you’ll be fighting over who gets the crispy golden bits. Pair it with chicken kebabs marinated in yogurt, cinnamon, and other spices. (via Laurel Street Kitchen)

8. Chicken in Milk: Simmered in milk, this chicken becomes tender and golden brown. The broth, gently spiced with cinnamon, sage, and garlic, is so good you’ll want to slurp it with a spoon. (via The Brook Cook)

9. Chicken Shwarma: Skip the takeout, and make your own chicken shwarma at home. It’s served with a pungent salad of red onion and cilantro. (via Cooks and Kids)

10. Cinnamon Roasted Squash With Lentils: It can be hard to think of satisfying vegan entrees when the weather gets cool, but this recipe hits it out of the park. Caramelized, roasted butternut squash and red lentils spiced with cinnamon warm you from the inside out. (via Le Petit Oeuf)

11. Warm Chickpea, Carrot, and Chard Salad: Colorful and full of nutrients, this warm winter salad is a healthy option. Top it with labneh and savory granola for a meal that’s full of different textures. (via Seasoned Vegetable)

12. Coconut Chicken Thai Soup: Creamy coconut forms the base for this soup of tender chicken, pineapple, and vegetables. Cinnamon and other spices infuse the broth with rich flavor. (via Kevin Is Cooking)

13. Greek Meatballs: Simmered in tomato sauce spiced with cumin and cinnamon, these meatballs are a fun change from what you might be used to. Red wine goes directly into the meat mixture, giving the whole dish a complex taste. (via Super Golden Bakes)

Justina Huddleston
Justina Huddleston is a food writer living in Los Angeles. When she's not busy writing, she spends her time in the kitchen creating both virtuous and decidedly junky vegan food. Buffalo chickpea pizza, anyone? She's also been known to eat a plain block of tofu or beans straight out of the can for lunch, but somehow those culinary adventures don't make it to her Instagram. You can follow Justina on Twitter or see what's cooking in her kitchen on her blog, A Life of Little Pleasures.
Brunch Recipes
Recipes
Brunch Recipes Fall Recipes recipe roundup
The Conversation
More From Recipes