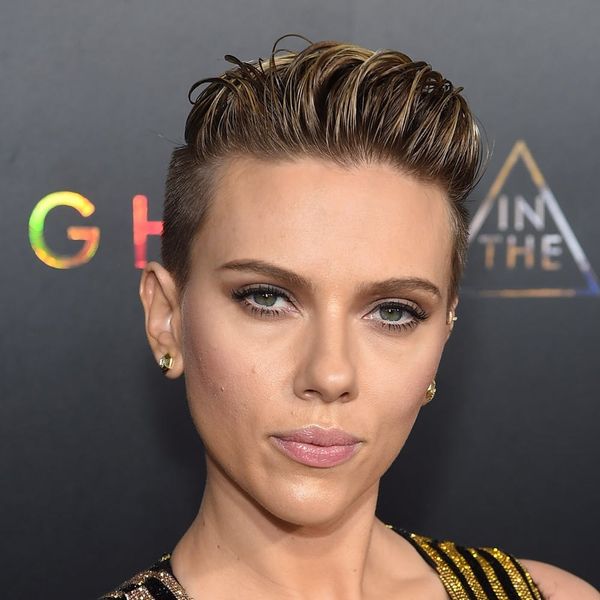 George Takei might have joked about running for office as an April Fools’ Day prank, but there’s another celeb who’s serious about potentially getting into the arena down the road: one Miss Scarlett Johansson.

The Captain America: Civil War actress told CBS News that while it’s not something she’s able to do at the moment (particularly since she recently revealed she’s “barely holding it together” as a working mom), it’s certainly a consideration for her future.

“I’ve always been interested in local politics,” she revealed. “Right now, I think with my young daughter, and also as my career is going, it’s not the right time. But eventually, maybe if my daughter was older and I could totally focus myself on something like that, I think it could be interesting.”

We can’t say we’re entirely surprised by the revelation: Johansson was one of the celebrity speakers during January’s Women’s Marches, alongside Ashley Judd, and has been quick to call Hollywood to task for its “ridiculous” red carpet questions as well as its gender wage gap.

Though it sounds like it might still be a ways off before we see the 32-year-old on any sort of ballot, we’re ready and willing to cast our votes.

Would you like to see Scarlett make the leap into politics? Tell us over @BritandCo.

Nicole Briese
Nicole is the weekend editor for Brit + Co who loves bringing you all the latest buzz. When she's not busy typing away into the wee hours, you can usually find her canoodling with her fur babies, rooting around in a bookstore, or rocking out at a concert of some sort (Guns N' Roses forever!). Check out all her latest musings and past work at nicolebjean.com.
Politics
Celebrity News
Politics