Science Says *This* Is the Most Accurate Fitness Tracker 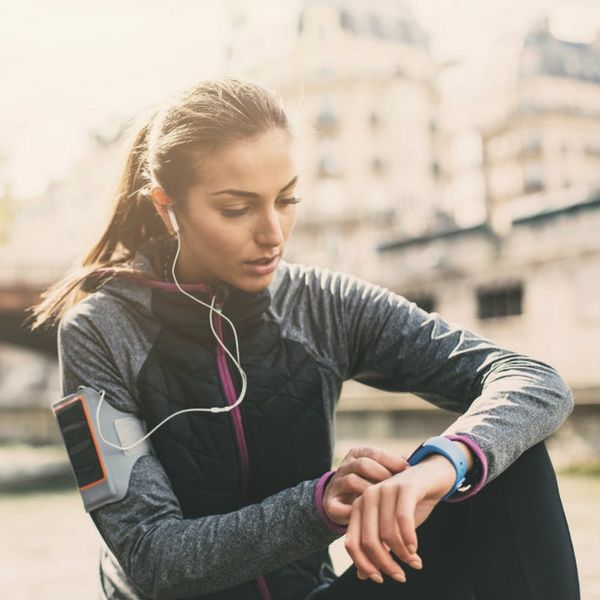 There’s a lot to be said about the perks of fitness trackers. Not only can they help you stay on top of your fitness goals, but they might even be able to save your life and assist you in creating your very own supplements. Not to mention the fact that they can pull double duty as a totally sleek and stylish fashion accessory! But with soooomany trackers on the market, how do you choose? According to a new study carried out by Cleveland Clinic, there IS one that trumps the rest, at least in terms of accuracy.

In a study titled “Accuracy of Wrist-Worn Heart Rate Monitors,” researchers at the clinic set out to “assess the accuracy of four popular wrist-worn HR monitors under conditions of varying physical exertion,” using the Fitbit Charge HR, Apple Watch, Mio Alpha and Basis Peak. Using these trackers as well as a chest strap, the research team took 50 healthy adults and asked them to rest, walk and run on a treadmill while hooked up to an electrocardiogram (EKG) machine, which measured their heart rate.

The EKG results, which show the absolute most accuracy when it comes to monitoring heart activity, where then compared to the information the wearables gathered. Perhaps not surprisingly, the chest strap, which is worn closest to the heart, had a 99% accuracy rate. Unfortunately, when it came to the Fitbit Charge HR, Mio Alpha and Basis Peak, the accuracy “dropped off into the low 80s,” revealed Dr. Gordon Blackburn, one of the study’s authors, in an interview with Time. Not terrible, per se, but far from perfect.

So which wearable came out on top? The Apple Watch, which turned out to be about 90% accurate. Nice! Before you run straight to the Apple store, however, Dr. Blackburn revealed that there is a catch: Accuracy is very much dependent on the intensity of your workout.

“As the activity intensity went up, we saw more and more variability… some of the wrist technology was not accurate at all,” Dr. Blackburn revealed. The reason? “All of the wrist technologies are looking at blood flow. You need to have good contact between the photosensing cells; as a person is exercising more vigorously, there’s more bounce, so you may lose some of that contact.” Aha!

That being said, there’s no problem with using these uber convenient tools to track your heart rate and fitness results, just remember that your tracker isn’t meant to be a medical device with medical-grade results OR replace them: Talking to your doctor before settling on a daily workout routine is always a good call!

Do you have a go-to fitness tracker? Tweet us @BritandCo.