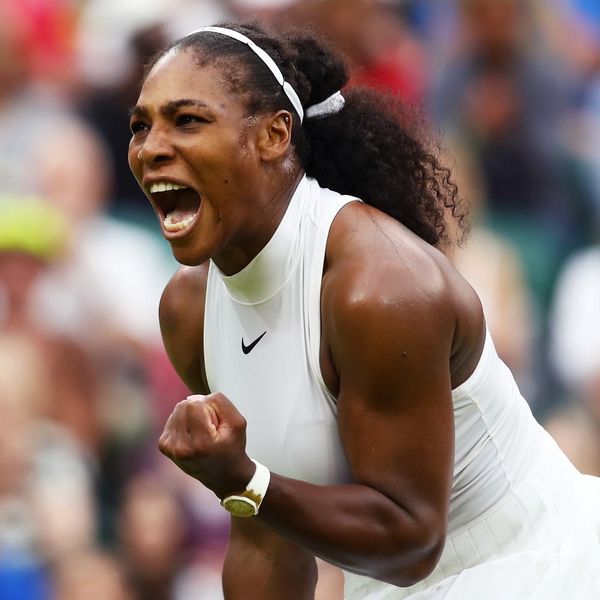 Serena Williams has been a source of inspiration for many mamas (including mommy-to-be Pippa Middleton!), but she’s just like every other new parent when it comes to asking for advice and striving to find the perfect work-family balance. Since returning to tennis earlier this year, the first-time mom has faced her share of struggles, including missing her baby girl’s first steps because of her career.

Taking to Twitter on Saturday, July 7, the seven-time Wimbledon champion (who’s currently in the running to win her eighth title in London) revealed the harsh reality of balancing training for the game she loves with raising her mini me, Alexis Olympia. “She took her first steps… I was training and missed it,” the legendary player told fans on social media. “I cried.”

She took her first steps… I was training and missed it. I cried.

The 36-year-old immediately received an outpouring of support from her followers — something she’s also been getting plenty of from hubby Alexis Ohanian Sr., as well as their daughter (who, yes, already has her own Insta account).

Back in March, the superstar athlete revealed that although she struggles with mom guilt, she has her priorities set in stone. “Working motherhood is real. It’s so real,” she proclaimed. “But I have my priorities and Olympia is that… I’m never a day without Olympia. She’s my priority and every day I need to be home with her. I don’t wanna miss any moments with her.”

Have you struggled with mom guilt? Tweet us @BritandCo.

Barbara Pavone
Barbara Pavone is a pop culture-obsessed writer based in beautiful (but ridiculously cold) Montreal, Canada. When she's not working, she's sipping on a Pimm's Cup and daydreaming about her celebrity hero, Saint West.
Parenting
Celebrity News
Parenting
More From Celebrity News