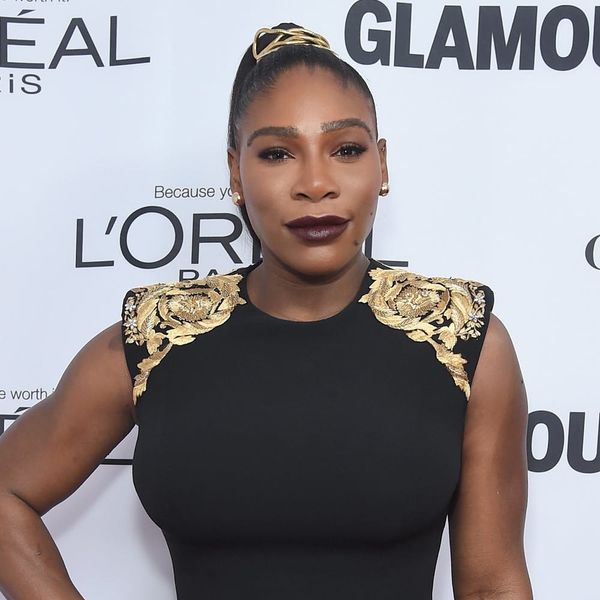 Serena Williams may be badass enough to have won a Grand Slam title while secretly pregnant, but that doesn’t mean she has all the answers about parenting. The tennis great took to Instagram on Sunday to ask her followers for teething advice for daughter Alexis Olympia, and it’s the most relatable thing ever.

“Teething — AKA the devil — is so hard. Poor Alexis Olympia has been so uncomfortable,” Williams captioned a pic of her adorable three-month-old. “She cried so much (she never cries) I had to hold her until she fell asleep. I’ve tried amber beads… cold towels… chew on mommies fingers… homeopathic water (lol on that one), but nothing is working. It’s breaking my heart.”

That surely sounds familiar to many new moms who feel helpless in these moments, and Williams even admitted that she felt like she needed some mothering herself. “I almost need my mom to come and hold me to sleep cause I’m so stressed. Help? Anyone??”

Teething- aka the devil - is so hard. Poor Alexis Olympia has been so uncomfortable. She cried so much (she never cries) I had to hold her until she fell asleep. I've tried amber beads... cold towels.... chew on mommies fingers.... homeopathic water (lol on that one) but nothing is working. It's breaking my heart. I almost need my mom to come and hold me to sleep cause I'm so stressed. Help? Anyone??

Williams’ followers chimed in with tons of responses, ranging from freezing a whole, peeled carrot, to clove oil, to old-fashioned Ambesol. One user even suggested putting a boozy dab of brandy on Alexis’ gums. “I know you moms of today may not believe in it and you don’t have to state publicly if you did it but it works!” she wrote.

So far, there’s no indication which, if any, of the suggestions Williams tried — but we sure hope little Alexis Olympia (and mom!) are feeling better!

Have you used social media for parenting advice? Let us know @BritandCo!