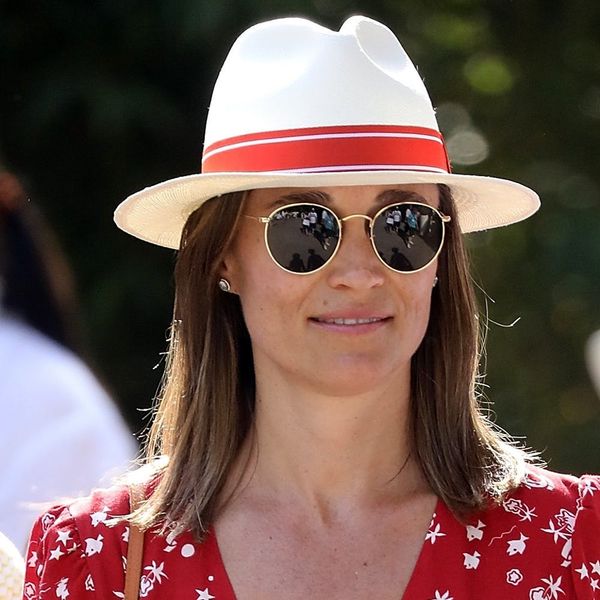 Pippa Middleton has one of the most famous mommies in the world for a big sister, but when it comes to pregnancy inspiration, there’s another celebrity she’s turning to for tips: Serena Williams.

In her new column for UK supermarket publication Waitrose Kitchen, the mommy-to-be, who confirmed her pregnancy in the same outlet early last month, revealed that she’s taking her exercise cues from the US tennis pro.

“I’ve been a tennis fan since childhood, as a player and spectator, and have been keen to continue playing safely throughout my pregnancy,” she wrote in the piece. “Take Serena Williams. She famously proved that women can play a high level of tennis from two months (when she won the 2017 Australian Open) up to eight months. Few of us can relate to this elite excellence, but if you’re a healthy, well-trained player with an uncomplicated pregnancy, there’s no reason why you can’t continue a good level of tennis.”

Still, Middleton, 34, IS taking precautions, noting that she would be refraining from leaping after balls and avoiding sharp turns and quick movements, especially near her due date. As she revealed in a previous column, she also planned to cut back from her regular four-to-five-day training sessions each week.

Middleton’s admiration for the athlete isn’t completely arbitrary, as Williams has several connections to the royal family: She attended the royal wedding of Prince Harry and Meghan Markle back in May and was been seen supporting the prince alongside Markle at a polo match just this weekend.

What do you think of Pippa’s active pregnancy plan? Tell us over @BritandCo.

Nicole Briese
Nicole is the weekend editor for Brit + Co who loves bringing you all the latest buzz. When she's not busy typing away into the wee hours, you can usually find her canoodling with her fur babies, rooting around in a bookstore, or rocking out at a concert of some sort (Guns N' Roses forever!). Check out all her latest musings and past work at nicolebjean.com.
Celebrities
Celebrity News
Celebrities Kate Middleton Pregnancy Royal Family