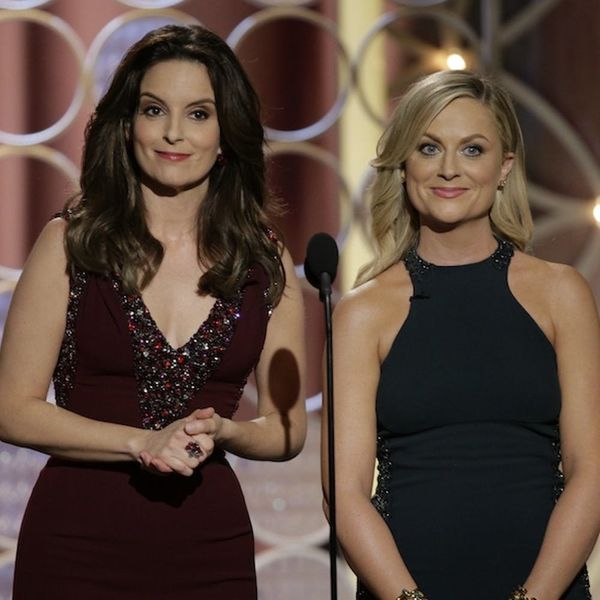 Have you heard about shine theory? It’s this super inspiring concept that besties Aminatou Sow and Ann Friedman (If you’re not listening to their podcast, Call Your Girlfriend, you should do so immediately) came up with. It’s about ridding our brains of the lie that there can only be a handful of powerful women at the top of any given industry, and replacing it with badass, supportive, loving female friendships. The light from those friendships won’t just make us healthier, but it will also make us shine brighter. In Ann’s words, “When you meet a woman who is intimidatingly witty, stylish, beautiful and professionally accomplished, befriend her. Surrounding yourself with the best people doesn’t make you look worse by comparison. It makes you better.” Scroll on for eight inspiring female friendships that are serious #shinetheory goals.

Okay, we know family kind of has to love each other, but the Kardashians are worth including because they often get a bad rap as catty reality stars. Here’s the thing though: Anyone who says that clearly hasn’t watched the show. All of the sisters are prime examples of shine theory in action. Save for a few lighthearted jokes about Kim being the favorite daughter, they’re all endlessly supportive of one another, both in their careers and in life. (Photo via Frazer Harrison/Getty)

They are the original #shinetheory besties. Remember when they used to take road trips and film them for multi-part Oprah show specials? And remember when the media went to town on rumors that they were a couple, even though they both repeatedly said it wasn’t true? They’re a testament to how rare it is to see positive images of super close female friends in the media — and to why we need more #shinetheory in the world! (Photo via John Sciulli/Getty)

4. Abbi Jacobson and Ilana Glazer: We love them as inseparable (and hilarious) besties on Broad City, but did you know they’re actually IRL best friends too? They met in comedy school and started a web series featuring their Broad City characters in 2010. Once that took off, they moved to the silver screen, and they still write and produce the show. They’ve often said in interviews that on-screen Abbi and Ilana are exaggerated versions of real-life Abbi and Ilana’s personalities and friendship. And anyone who’s seen an episode knows that their friendship is pretty much the ultimate goal.

5. Tina Fey and Amy Poehler: The queens of comedy know there’s room for many, many awesome ladies at the top. From hosting awards shows to producing the most hilarious movies you’ll find at the box office, these ladies are on fire. (Photo via Handout/Getty)

Taylor Swift and… Everyone

If you’ve talked about #squadgoals this year, chances are you were channeling your inner Taylor Swift. And for good reason: The star has recently built a super positive image around cultivating a squad of awesome, successful #girlbosses, including everyone from Lena Dunham to Karlie Kloss. Besides one quickly reconciled slip-up, she’s been an ultimate #shinetheory ambassador. (Photo via Kevork Djansezian/Getty)
Kylie Kendall
Kylie is a freelance writer living in Ottawa, Canada. When she's not writing, you might find her scoping out all-day breakfast spots in her city or taste-testing every bottle of red wine under $10.
Empowering Girls
Relationships
Empowering Girls Feminism Girlboss Kardashians
More From Relationships