All the Signs Luke Pell Will Be the Next Bachelor 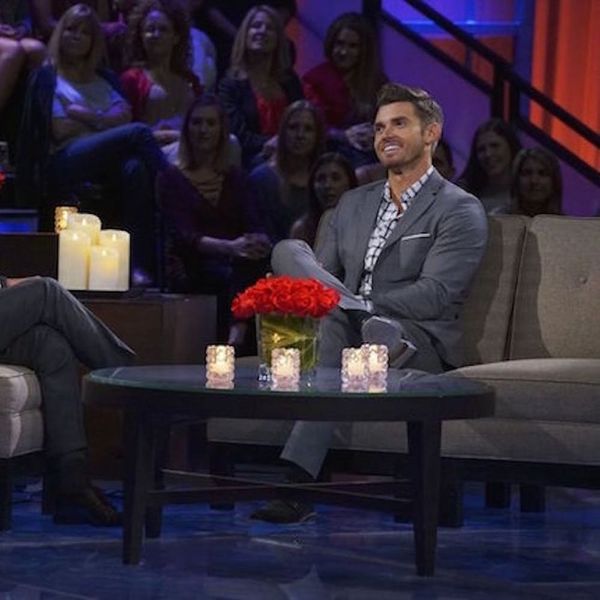 As this season of The Bachelorette comes to a close, we’re all waiting with baited breath to see which man is left standing. But wait — we’re not talking about who the stylin’ Miss JoJo picks to be her future husband (hey, we’re optimists here), but rather, who will be the next Bachelor! The decision of who will spearhead the next season of the franchise is almost more crucial and highly anticipated than who “wins” the current season; we don’t want a weed handing out all those roses, after all. That’s why we’re so excited that Luke Pell, the veteran-slash-cowboy who stole all of our hearts this season, is looking like a front-runner for the next season of The Bachelor. How do we know? See if you can follow along:

1. His hometown visit was last, even though he went home right after. On The Bachelor/ette, they go by the old saying of “save the best for last.” They edited the episode so that Luke’s hometown visit was the last one the viewers saw, etching in our minds the vision of JoJo and Luke standing in a field with a pathway of candles, all leading up to that heart made of rose petals. They wanted us to remember that — even though JoJo sent him home shortly after.

luke is the sensitive, passionate, unicorn riding, nicholas sparks character we all deserve to have as our future bachelor. #MenTellAll

2. He’s a fan favorite. The network tends to listen to their fans, and the fans really love Luke. There weren’t many other people that the fans gravitated to this season (except for Chad, but that’s a whole different conversation) — Luke seemed like he was “there for the right reasons,” he and JoJo had a lot of passion and he’s got a killer smile on top of it.

3. He stayed out of drama in the house. This one is pretty crucial. When contestants get into the house drama, even if it’s supposedly for the greater good, it’s usually a bad look — and the fans notice. Usually, those who’ve been involved in drama don’t get picked to take on the Big Role for upcoming seasons, and Luke was smart — though we don’t think this was strategy on his part. It seemed like he was just genuinely not interested in playing immature games, which is a great sign for things to come.

4. He handled the breakup like a CHAMP. Some guys keep it together the whole season only to completely lose it during their exit interviews. While it’s totally understandable — emotions are high when you’re losing the person you thought you might have a future with! — there’s a right way and a wrong way to handle it, and cursing at your ex on national television before storming off camera is probably not the former (within reason — Andi had all the right in the world to tell Juan Pablo off). We’re not even sure how this is possible, but somehow Luke and JoJo’s breakup only made us love him MORE. It’s likely that every single person watching the show thought that JoJo was making a mistake in that moment, but we were torn — while it was hard to watch her break his heart, it also freed him up to potentially do The Bachelor, which means more Luke for us.

5. He got his own segment on the couch during the Men Tell All episode, and he said all the right things. Most of the time when people get their own segment during the Men or Women Tell All episodes, it’s because they were particularly controversial or were the last people to be sent home. While Luke was one of the last people to be sent home, he wasn’t the last, and he had more time on screen during the episode and a more in depth interview than Chase did (who was sent home more recently). His interview with Chris Harrison also felt a bit leading — Chris asked all the typical questions he asks the people who end up being the next in line, like if they’re ready for love (he is!) and if they’re still in love with the person they just broke up with (he said he has love FOR her, but didn’t say he was IN love with her). It was a great interview — he seems just vulnerable and heartbroken enough that it’s believable, but not so heartbroken still that people will say he’s not ready to look for love yet.

What do you think? Will Luke Pell be the next Bachelor? Tweet us @BritandCo!

Rosemary Donahue
Freelance Editor at Brit + Co. Freelance writer everywhere. I like my dogs more than I like most people.
Pop Culture
More From Pop Culture