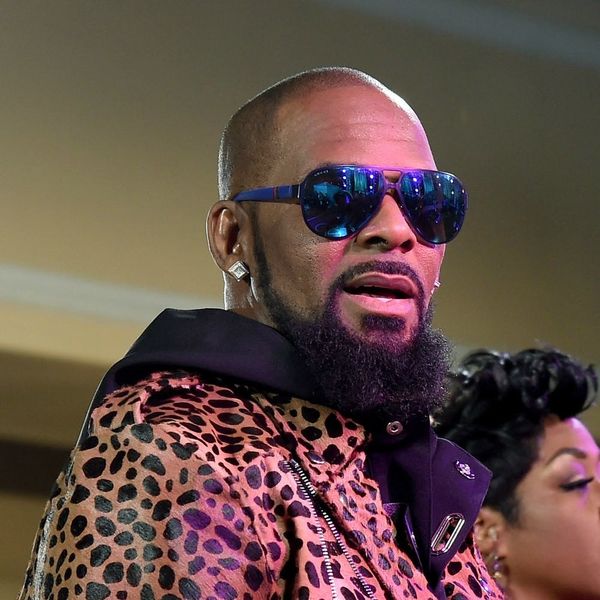 Weeks after the Lifetime docuseries, Surviving R. Kelly opened the floodgates of renewed attention to decades of sexual misconduct allegations against R&B megastar R.Kelly, the singer has been charged with 10 counts of aggravated criminal sexual abuse against four alleged victims.

Filmmaker dream hampton’s six-part docuseries featured interviews with some 50 people to try to unpack how Kelly’s star rose despite the sinister allegations that have followed him from the beginning of his career. Since the series aired on Lifetime in early January, criminal investigations of the singer have been reportedly launched in three different states.

The Chicago Sun-Timesreports that a judge in Cook County, Illinois approved a no-bail arrest for the 52-year-old singer-songwriter (born Robert Sylvester Kelly) on Friday, February 22. At least three of the four alleged victims are reported to have been between the ages of 13 and 16 at the time of the alleged sexual misconduct, which reportedly took place between 1998 and 2010.

Though court records show that the warrant for Kelly’s arrest was issued on Friday morning, Kelly’s attorney, Steven Greenberg said he wasn’t aware of the indictments as of early Friday afternoon.

Friday’s indictments mark the second time the singer has been charged with a sex crime in Cook County. In 2002, Kelly was indicted on 21 counts of child pornography. In 2008 the singer was acquitted on those charges.

TMZ reported in January that authorities in Georgia have also launched a criminal investigation involving the singer, reportedly after speaking with one of the Surviving interviewees, Asante McGee. Kelly is alleged to have had women locked against their will in a home he rented just outside Atlanta. Kelly has denied these and all other allegations of sexual misconduct or abuse.

Though the singer has maintained his innocence, renewed interest in the allegations against him — particularly following the January docuseries — have, for the first time, begun to have a negative effect on the singer’s career. Reports surfaced in mid-January that Sony had officially cut ties with the singer, and last year, Spotify agreed to remove the singer’s music from curated playlists as a result of a Time’s Up-affiliated online campaign called #muteRKelly.

Kat Armstrong
Kat has been a writer, social media maven and mom for longer than she's willing to admit. She's also spent time in front of and behind the camera, interviewing celebs, politicians and acting as a producer for fashion and artistic photography shoots. When she isn't writing for various orgs and publications, she's hanging with her kids, husband and French Bulldog, Peter, in Toronto, Canada.
Celebrities
Current Events
Celebrities Controversy
More From Current Events