‘90s Kids, Rejoice! A “Sister, Sister” Reboot Is “Closer Than Ever” 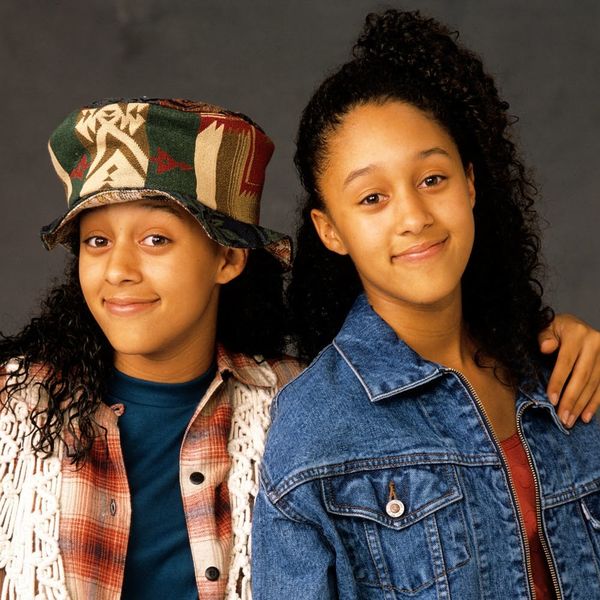 These days, it’s all about the Kardashian sisters, but back in the ‘90s, it was twins Tia and Tamera Mowry, who starred in their own hit ABC series, Sister, Sister, that ruled our worlds.

Running from 1994-1999, the show’s plot was much like that of The Parent Trap, centered on two twins separated at birth, only to be reunited as young women by a meeting of chance. From then on, they become an inseparable duo, handling all of life’s trials and tribulations at one another’s sides.

Now, if Tia Mowry-Hardict’s latest interview with Entertainment Tonight is any indicator, we’ll soon be seeing double once more, as a reboot may very well be imminent. While the mother of one tried to play it cool, telling the outlet that she couldn’t say much, she DID reveal that she’s got plenty reason to be excited about the possibility of a revival. “I will say this, we are definitely closer than ever,” she said.

She also shared the news that the entire cast would be reunited for the project. “As I know of now, definitely Jackee Harry and Tim Reid will definitely be part of the show.” That’s a lot of “definitelys” for something that’s uncertain, no?

If Mowry-Hardict has her way, the latest installation of their characters journeys wouldn’t be too far off from the twins’ real lives. “I think I would want it to pick up where our lives are now,” she said. “We’re married with kids. But I would definitely want it to focus on the power of sisterhood. How wonderful and amazing that sisterhood and that relationship can be,” she explained. “How it helps you in whatever [trials] and tribulations you are in. When you have the sisterhood and that bond, that is so beautiful.” Sounds good to us!

It’s certainly been a long time coming — as the women explained on a May episode of Tamera Mowry-Housley’s daytime talkshow, The Real, they initally received some resistance to the idea, despite the fact that at its prime, ratings for the series were above both that of Friends and The Cosby Show. “Everything that my sister and I have done, it’s never been easy. We always find that we have to work extra hard,” Mowry-Hardict said at the time.

From the sounds of things, all that hard work definitely paid off — we can’t wait to see these two back in action!

What show would you most love to see get a reboot? Tell us over @BritandCo.

Nicole Briese
Nicole is the weekend editor for Brit + Co who loves bringing you all the latest buzz. When she's not busy typing away into the wee hours, you can usually find her canoodling with her fur babies, rooting around in a bookstore, or rocking out at a concert of some sort (Guns N' Roses forever!). Check out all her latest musings and past work at nicolebjean.com.
90s
TV
90s Nostalgia TV