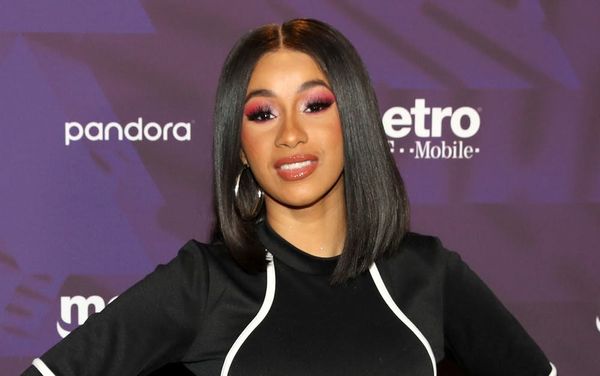 The time-honored tradition of epic Super Bowl commercials continues. In advance of the 2019 Super Bowl, set for this Sunday, February 3, Pepsi has unveiled a new spot starring Steve Carell, Cardi B, and Lil Jon.

The clip opens in a diner as a customer orders a Coke and is instead offered a Pepsi. Carell, who happens to be sitting behind the customer, jumps out of his seat to dramatically reiterate, “Is Pepsi okay?!”

He continues, “Are puppies okay? Is a shooting star okay? Is the laughter of a small child okay? Pepsi’s more than okay!”

The camera pans to rapper Lil Jon, who, standing behind the diner counter, confirms in his trademark enthusiastic catchphrase that it is indeed “okay!” Rapper Cardi B then walks in the door, looking glam and excitedly purring her own “Okurrrr!”

Carell attempts Cardi’s signature sound himself before giggling and shaking his head, saying, “I’ve gotta come up with my own catchphrase.” In the background, Cardi can be heard letting out an infectious laugh.

The Pepsi ad comes on the heels of a hilarious teaser for an upcoming Doritos Super Bowl spot. In it, the Backstreet Boys attempt — and fail — to teach Chance the Rapper how to pull off the dance moves from their 1999 “I Want It That Way” video. The full clip is expected to air during Super Bowl LIII, which will take place on Sunday, February 3, at Mercedes Benz Stadium in Atlanta. Kick off is slated for 6:30pm ET, and you can watch it (and all the amazing commercials) on CBS.

What do you think Steve Carell’s catchphrase should be? Let us know @BritandCo!