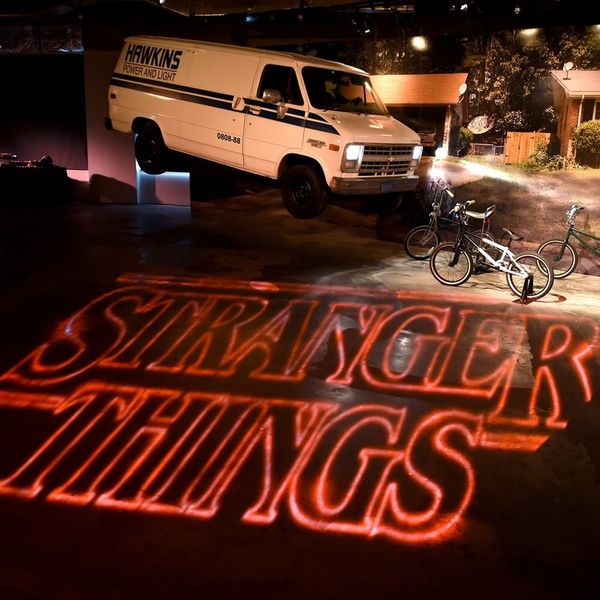 Stranger Things season two arrives in all its binge-watching glory on Netflix on October 27, and while we’re still waiting to see how it will deliver on its promise of being “bigger, darker [and] scarier” than season one, we already have something ELSE to look forward to: Matt and Ross Duffer, the show’s creators, say season three is officially a go.

Some doors can’t be closed. #StrangerThings2 arrives on October 27.

The Duffer brothers confirmed that a third season would be happening in a recent Vulture interview. And that’s not all: They also teased a possible fourth season, but — and you’re gonna want to emotionally prep for this — it sounds like that might be the end of the line.

“We’re thinking it will be a four-season thing and then out,” Ross said, before Matt added, “We just have to keep adjusting the story. Though I don’t know if we can justify something bad happening to them once a year.”

The Duffer brothers have previously spoken about the challenges in adjusting the story lines to reflect the fact that the Stranger Things kids are growing up quickly into young adults — it’s why they’ll skip a year in the timelines between seasons one and two. It makes sense that it’d be difficult to continue the story once they’re all close to college age (which would be the case by the time the hypothetical fourth and final season rolled around).

Whenever it ends, we’ll be sad to see this amazing series go, but we’re happy to still have seasons two, three, and maybe even four to look forward to. Plus, with Millie Bobby Brown (Eleven) becoming her generation’s Drew Barrymore and Finn Wolfhard (Mike) set to star in one of the year’s scariest movies — the remake of Stephen King’s IT — we know we’ll be seeing plenty of this cast for a long time to come.

Are you excited for the next season of Stranger Things? Let us know @BritandCo!