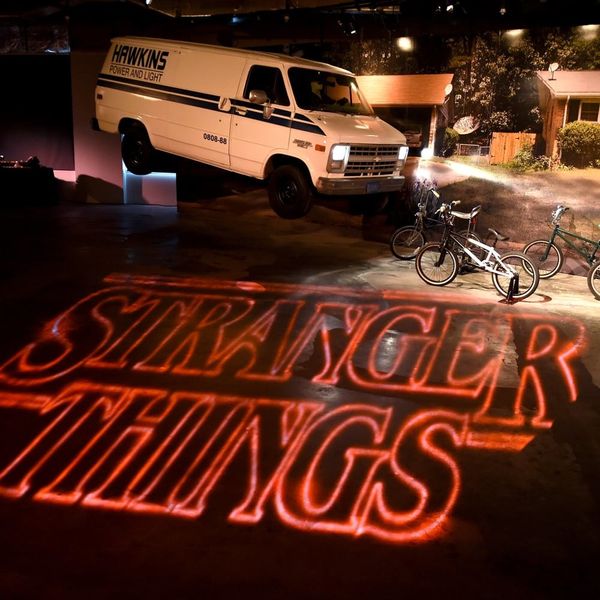 We’re beyond ready to return to the Stranger Things universe, freaking out over every tidbit — from buzz around new characters to vital clues and even pics of the second season — and now our skin is absolutely crawling over the super creepy new teaser that just happens to reveal the exact season two premiere date.

Taking to social media to release the new teaser, the short clip flashes “1984” before we see the kids riding their bikes toward a red, stormy sky with a “Welcome to Hawkins” sign slipping into view. TBH, it’s just enough to give you shivers and more than enough to make us *so* incredibly giddy.

Some doors can't be closed. #StrangerThings2 arrives on October 27. pic.twitter.com/NALL5HQalg

But wait until the very end of this tiny teaser and you’ll see a specific date: October 27. That’s right. Despite telling us previously that season two would be hitting Netflix on Halloween, it turns out that it will be coming a few days earlier. Just in time for the perfect spooky-season-inspired binge-watching session.

Adding the caption, “Some doors can’t be closed. #StrangerThings2 arrives on October 27,” it’s clear that things are far from resolved when it comes to the Upside Down.

Are you beyond excited for Stranger Things season two? Let us know @BritandCo!

Desiree O
Desirée O is a ‘Professional Bohemian’ who loves anything and everything related to the arts, entertainment, and pop culture. She ADORES being a ‘Newsy’ for Brit + Co, covering all of the latest tidbits of awesomeness that you want to read about. When she’s not writing, she’s either making messy art, going on long adventurous walks with her camera, or poking around over at bohemianizm (http://www.bohemianizm.com/). You can find out about Desirée O and her work at http://DesireeO.com/ or follow her on Twitter @DesireeO.
Halloween
TV
Halloween Netflix