Student Journalists Have Written 1,200 Obituaries for Each Child Killed by Guns Since Parkland 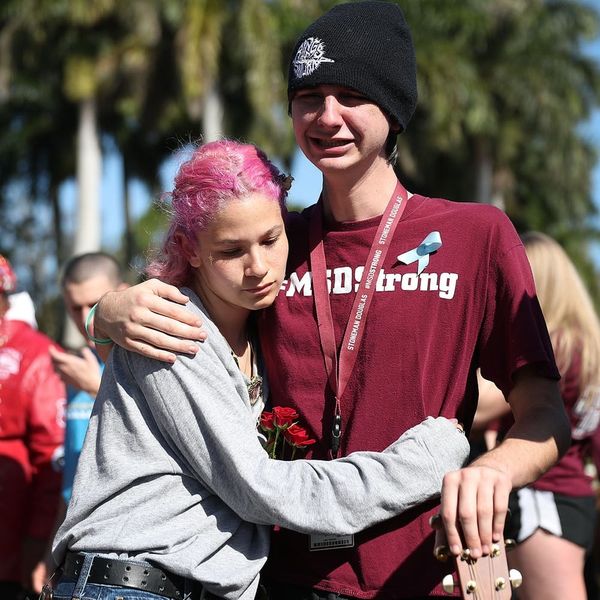 Last February 14, which was both Valentine’s Day and Ash Wednesday, 17 people were killed in a mass shooting at Marjory Stoneman Douglas High School in Parkland, Florida. Since then, a wave of student-led anti-gun violence activism has made the name “Parkland” synonymous with both the tragic killings and activism for gun reform.

But as students and their communities have rallied for various gun reforms in the last year, over 1,000 more American children have been tragically killed by guns. A group of student journalists has taken on the task of memorializing every child lost to gun violence in the US after February 14, 2018, in a project called Since Parkland. The project includes work from hundreds of teen reporters, who worked in partnership with various reporting partners including the Gun Violence Archive and The Trace, to meticulously count and write obituaries for every child victim of gun violence in the course of the last year.

Wow. Launched today, #SinceParkland:
“The reporting you will read in “Since Parkland” is journalism in one of its purest forms — revealing the human stories behind the statistics — on an exhaustive scale.” 1200 stories (& counting) reported by teens. https://t.co/rkz8y3wOLY

The description of the project on the Since Parkland website explains that students are frustrated with adults’ failure to protect them from deadly harm:

In Parkland, kids who endured the unspeakable emerged with a blunt message for the grownups of America: You are failing us. Their frustration was initially and primarily directed at elected officials in Washington and state capitals around the country, but it also extended to the media. Standing alongside their peers from Chicago, St. Louis, and the District of Columbia, they accurately criticized journalists for mobilizing to cover mass shootings while devoting relatively little attention to the chronic gun violence that exposes children in some city neighborhoods to danger every day.

In total, Since Parkland has written obituaries for 1,200 children. The stories range from accidental self-inflicted gunshot wounds to school shootings and incidences of domestic violence. Some of the victims were teenagers who were on the brink of adulthood, and others were infants. Many of the short obituaries are also accompanied by a photo of the victim.

Still, the archive of more than a thousand children is intentionally incomplete. According to the Since Parkland website, the project does not include children who were killed by police officers, who lost their lives while hurting others, or who died by suicide. On a separate page that explains the reasons why the project does not include obituaries for teens who died by suicide, Since Parkland estimates that 900 to 1,000 teens died in suicides involving guns.

The project was led by The Trace’s Editor in Chief, Akoto Ofori-Atta. “We had thought about writing obituaries for kids, and that teen journalists should do this because it’s their story to tell,” Oforio-Atta told the New York Times about the decision to have youth journalists write most of the profiles. Oforio-Atta also told the Times that while most of the student reporters had the individual profiles assigned to them, some teens chose some of the kids they wrote about because they felt some kind of connection to the person.

Student journalist Claire Molloy, 18, told the Times that working on the project was “the most haunting and the most powerful thing I’ve ever done.” And the work still isn’t over.

According to the website for Since Parkland, journalists are still updating the already tragically extensive archive. “The project is intended as work in progress,” the site reads. Since Parkland also encourages readers to reach out with any missing details, or young people whose stories haven’t yet been covered by the project.

Elizabeth King
Elizabeth King is a politics, history, and culture writer based in the Twin Cities. She is generally pretty cranky but still enjoys traveling, music from the early 2000's, and plotting the resistance. Feel free to say hi on Twitter at @ekingc or check out some of her work at www.elizabethcking.com.
Teens
Current Events
Teens