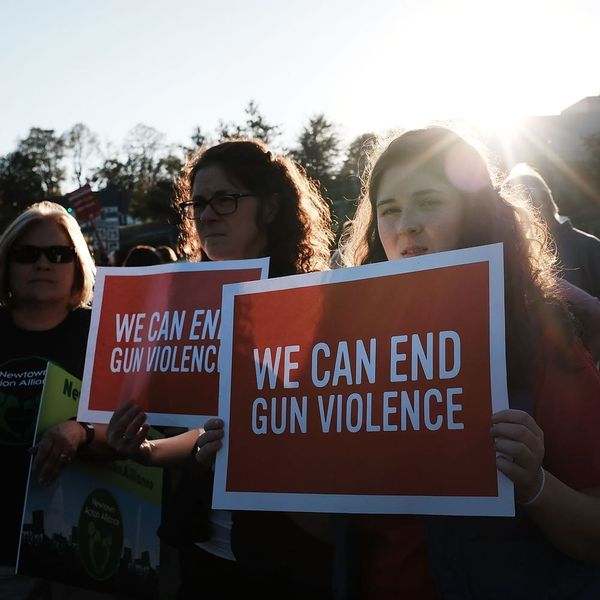 A shooting at a Parkland, Florida high school has left “numerous dead” and over a dozen reportedly injured. The Parkland shooting took place at Marjory Stoneman Douglas High School in Parkland, Florida near Fort Lauderdale on Wednesday afternoon just before 3pm. The shooting has incurred at least 14 victims and numerous fatalities.

As of 4pm EST, the reported shooter Nicholas de Jesus Cruz is in police custody. Cruz, 19, is a former student of the high school. Broward County Sheriff Scott Israel said in a press conference: “From what I understand, there was a time where he did attend the school. I don’t know why he left; I don’t know when he left.

Shooting suspect at Parkland, Florida, high school "was not a current student," Broward County Sheriff Scott Israel says. "From what I understand, there was a time where he did attend the school. I don't know why he left, I don't know when he left." https://t.co/1Y5NBGZMdE pic.twitter.com/I3dhmOBngY

Math teacher Jim Gard told the Miami Herald that Cruz had previously been identified as a potential threat to students and was banned from visiting the school’s campus with a backpack. Gard followed lockdown protocol after a group of students ran into his classroom in panic. By 2:40, Gard reports that police SWAT teams had entered the school and began evacuating each of the campus’ buildings, one by one.

The city of Parkland, where Wednesday’s shooting took place, was named the safest city in Florida in 2017. The tragedy marks the 18th US school shooting so far in 2018.