Surprise: Victoria Beckham Is an Amazing Baker and You’ll Want Her Brownie Recipe 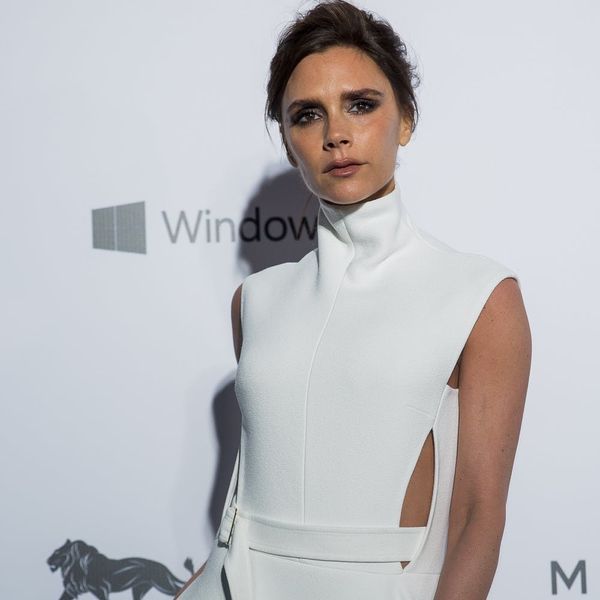 Bake it like Beckham? That’s the newly-shorn Victoria’s new MO, as she took to Instagram to show off her domestic prowess this week. Hilary Duff’s big sis Haylie joined her, proudly posting her first baking win, while Naomi Watts hand-wrapped an exciting gift for the supes chill Oscar winner Brie Larson. Read on to check out the rest of the best celeb DIYs this week had to offer.

1. Victoria Beckham: Mrs. Beckham bakes?! She certainly does her best, as she admitted on these delectable-looking “Beckham Brownies” — “Summer school fete!!! Who knew?!?! #mummyduties #triedmybest.” We’re going to go ahead and say you killed it, V.

"Art washes away from the soul, the dust of everyday life." ~ #PabloPicasso

2. Raven Symoné: “Art washes away from the soul, the dust of everyday life,” Raven captioned this snap of her art supplies, quoting none other than Mr. Picasso himself.

#nbd but I made a pie, and it's #EPIC ... For those of you that know about my lack of skills when it comes to baking... You GET how MAJOR this is!! Recipe is up today on the site.. ✌️ #summer #blueberries #basil #getsome #realgirlskitchen #freshherbs #dessert #rusticpie

3. Haylie Duff: Hilary’s big sis also got her bake on this week, in a move that’s apparently every bit as shocking as Victoria’s: “#nbd, but I made a pie and it’s EPIC,” she writes. “For those of you that know my lack of skills when it comes to baking…you GET how MAJOR this is!” Looks pretty darn good to us, Haylie! Try out her recipe here.

Gearing up to work on something special. #LoveMyJob #MovieMagic

5. Sophia Bush: We’re not entirely sure WHAT actress Sophia Bush is up to, but her collage post promises that she’s “Gearing up to work on something special,” along with the hashtags “#lovemyjob” and #moviemagic.” We can’t wait to see the finished product, Sophia!

A gift from @naomiwatts wrapped so beautifully I hardly wanted to open it!

6. Naomi Watts: Naomi Watts added quite the artistic flair to the handwrapped Glass Castle script she sent to Brie Larson, AKA the future Jeanette Walls. “I hardly wanted to open it!” Brie divulged.

7: Lauren Kitt Carter: Though Lauren and BSB husband Nick Carter (fresh off an EPIC Miss USA performance) admittedly had a little help putting newborn son Odin Reign’s room together, the proud mom shows off the room she and Nick helped create nonetheless, saying, “A peek at our nursery with custom bedding and accessories by @newarrivalsinc. We designed the nursery with @rockabyemommy.” Nice work, guys!

Yum! Yum! Yum! These yummy buttery chicken puffs are SO good and super easy! Get the recipe on my app! Link in bio

8. Khloé Kardashian: Khloé gets her cook on with this buttery chicken puff recipe, which Khloé says is “SO good and super easy!”

Are you surprised to see Victoria Beckham pulling bake fair duty? Let us know over @BritandCo!

Nicole Briese
Nicole is the weekend editor for Brit + Co who loves bringing you all the latest buzz. When she's not busy typing away into the wee hours, you can usually find her canoodling with her fur babies, rooting around in a bookstore, or rocking out at a concert of some sort (Guns N' Roses forever!). Check out all her latest musings and past work at nicolebjean.com.
Art
Celebrity News
Art Baking Gift Wrap Parenting