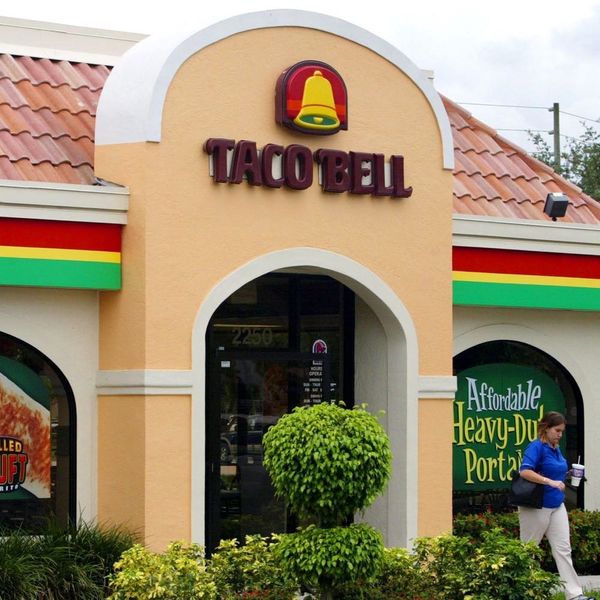 Taco Bell has really been breaking the mold — er, shell — as of late! The fast food chain, which launched its first apparel collection with Forever 21 back in September, has done it again, bringing customers what just may be its most unexpected collab yet: its very own signature beer!

Yep, your favorite Taco joint now has a brand new accompaniment for its tacos and Cheesy Gorditas in the form of its own brew! A Mexican-style amber lager, “Beach Bell,” was created in collaboration with a local California-based brewery, Four Son’s Brewing, and is described as “…light, crisp, and refreshing.” According to the restaurant, it “…has a smooth and robust taste with a clean finish.”

"...it seems to me like 4 Sons have hit the mark with this English Pale Ale. A fine brew!" - @brianjmoore007 Enjoy that beer with a delicious #Argentine meal from @the_chimichurri_truck! They will be serving from 4-9PM!

While it’s not the chain’s first foray into serving alcohol — the company began serving beer along with sangria and liquor-laced slushies at select Cantina locations back in 2015 —it is its very first exclusive flavor, and presumably tastes especially good with your Burrito Supreme.

The beer is available as of today, though you may have to travel to get it — it’s only available in the Bell’s Huntington Beach Cantina location for a limited time.

.Here’s to hoping the Bell will expand its latest launch across the country!

Would you tried Taco Bell’s signature brew? Tweet us @BritandCo!