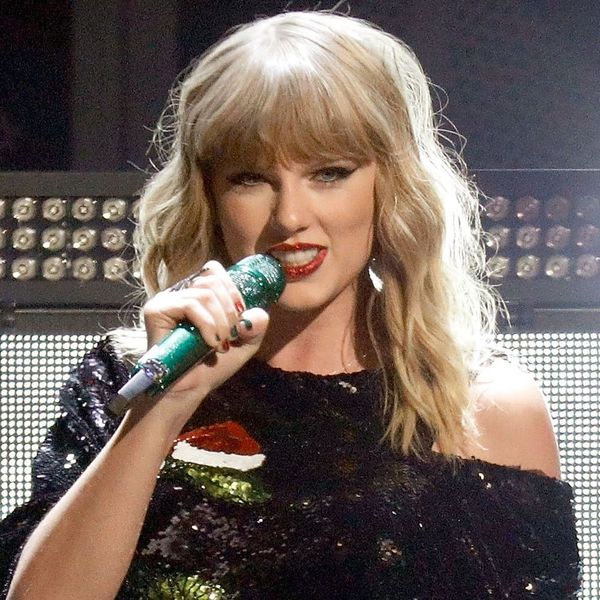 Taylor Swift is known for going all out for her Swifties — the “Dress” singer has done everything from crashing a wedding to showing up to fan homes.to make their day. She also showers them with gifts where she can, both in handmade and monetary form — girl has donated so much to GoFundMe pages, she actually changed the way it does business! Her latest reported act of kindness, however, just may top them all.

After the songstress launched her The Swift Life app last week, one Swifty in particular, @wawstephanie, took to the social media platform to share a very special story about a kind deed the 28-year-old pop star did for her.

“I’ve been contemplating posting this story for a while,” she wrote. “I’ve finally decided to tell you all what Taylor did for me this night. What many of you don’t know is that for eight months of my pregnancy, I was homeless. Long story short, our first flat was condemned for health and safety reasons, and we lost everything. To add to this stress, during this time, Matthew lost his job.”

The super fan continued on to say how Swift came to her aid, saying, “My mum told Taylor and just asked her to make me feel special at the show I was attending in Manchester. After the show, Taylor took us back to her dressing room where she told me, ‘Stephanie, you’ve been in my life for a long time, and you’ve never asked me for anything. You could have reached out and I would have helped you. But you didn’t. Your mum told me…”

Stephanie says that under the guise of “giving her the money back for her ticket that night,” what she ACTUALLY did was “help us buy a home, and all I needed for my baby. She told me, ‘I want you to be able to enjoy your little girl, not to have to worry about all this stuff.”

She concluded by saying, “That night, she gave me her hand and lifted me off the ground. The same way she’s done for 12 years. I love her forever.”

What do you think of Taylor’s generous gift? Share with us over @BritandCo.

Nicole Briese
Nicole is the weekend editor for Brit + Co who loves bringing you all the latest buzz. When she's not busy typing away into the wee hours, you can usually find her canoodling with her fur babies, rooting around in a bookstore, or rocking out at a concert of some sort (Guns N' Roses forever!). Check out all her latest musings and past work at nicolebjean.com.
Celebrities
Celebrity News
Celebrities Taylor Swift