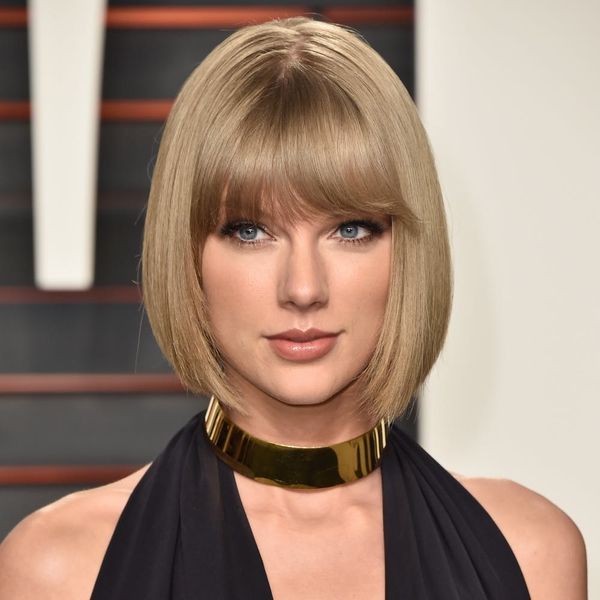 Taylor Swift has remained relatively quiet since dropping two newsongs and an Easter-egg filled music video over a month ago. But as the November 10 release date for her new album Reputation nears, she’s showing up more and more — including at the door of an unsuspecting fan’s house.

It all started when, over the weekend, Swift started sliding into the comments of her fans’ Instagram live videos. One fan, Lara, posted her reaction to seeing the singer as a viewer on her video, becoming emotional and thanking Swift for her music. “You’ve actually made my life so much better,” she said.

Then, on Wednesday, Lara posted a pretty ecstatic update on what happened after her reaction video.

“On Thursday, last week, Taylor Nation [the Instagram account run by Taylor’s management team] DM’d me,” Lara said, explaining that they were collecting her info so Taylor could send her a package. (Swift has been known to send thank you gifts to people out of the blue.)

“So, what happened was, I was sitting in my windowsill inside waiting for the package to arrive. Then I saw this car come up. I saw this boy come out of it. Then, this blonde goddess stepped out of the car and walked up to my door,” Lara recounted, now in tears. “I’ve just met… I’m shaking so much. I just met the woman who made the biggest impact on my life. I’m not sleeping for, like, another seven months.”

Lara posted several selfies with the singer, as well as pics of the Reputation merchandise Swift brought along with her.

Swift’s increased Instagram engagement is the latest in her move to make a more direct connection with fans — in the past few months, Swift has been seen “liking” fan tweets and Tumblr posts. She also just announced the launch of her own social networking app, The Swift Life, which promises exclusive content and even direct engagement with Swift herself — though it looks like she’s already got that on lock.

What would you do if Taylor Swift showed up at your door? Let us know @BritandCo!