Morning Buzz! Taylor Swift’s Cat at a Party Is All of Us + More 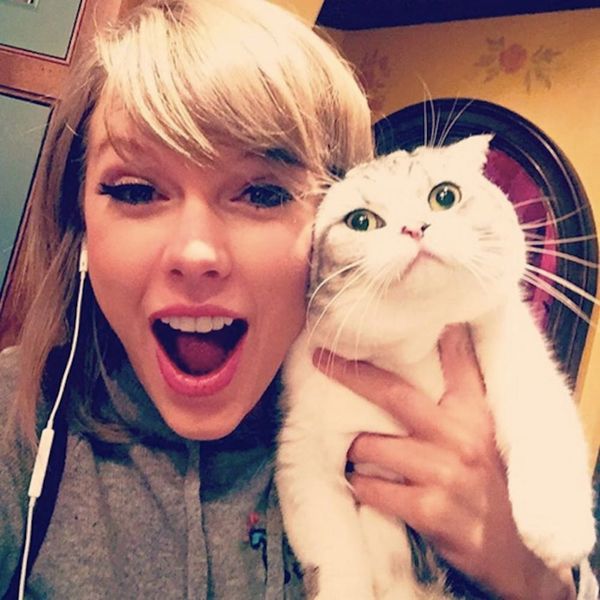 Come to the party, they said
It will be fun, they said pic.twitter.com/9jXvtDljZB

2. Liam Hemsworth says he and Miley Cyrus are not engaged, actually. It’s been rumored for a few months that Miley and Liam had rekindled their relationship, and Miley was even seen sporting that giant diamond engagement ring. Just a few days ago, the pair snuck into the LA premiere of The Huntsman together. But in a new interview with TV Week, Liam very bluntly states that he is not, in fact, engaged. “I am not engaged, no,” he said. Hm. Okay then. Could this just be a master move of deception, just straight up LYING to the nosy press? I never! (via TV Week, photo via Jason Kempin/Getty)

3. Rihanna is launching a full makeup line. While there aren’t a lot of details on the LVMH Moët Hennessy Louis Vuitton line yet, we do know that it will be called Fenty Beauty by Rihanna, and that it will be available in the fall of 2017. “Fenty Beauty by Rihanna is a beauty rocket ship that will appeal to a huge and diverse global audience,” a spokesperson said. “We are aiming for the stars.” And we are aiming for this thing to make us just as cool and flawlessly beautiful as Rihanna, soooo, no pressure. (via WWD, photo via Bryan Bedder/Getty)

4. Instagram will keep your Coachella FOMO at bay with this new addition. Or, wait, maybe it’ll make it worse? Either way, with the massive music festival kicking off this weekend, you’ll have the option of watching the custom Coachella video channel on the newly redesigned Explore page. Instagram says it’ll be curated to feature “the top behind-the-scenes Instagram moments, through the eyes of Coachella’s biggest performers and headlining acts” and “top trending videos that capture Coachella weekend’s best moments.” Okay, but what about a mani cam? (via Billboard)

6. Quote of the day: “Life is better with dogs.” — Drew Barrymore at the annual ASPCA Bergh Ball (via ET)

Share your favorite TGIF pet moments with us @BritandCo!