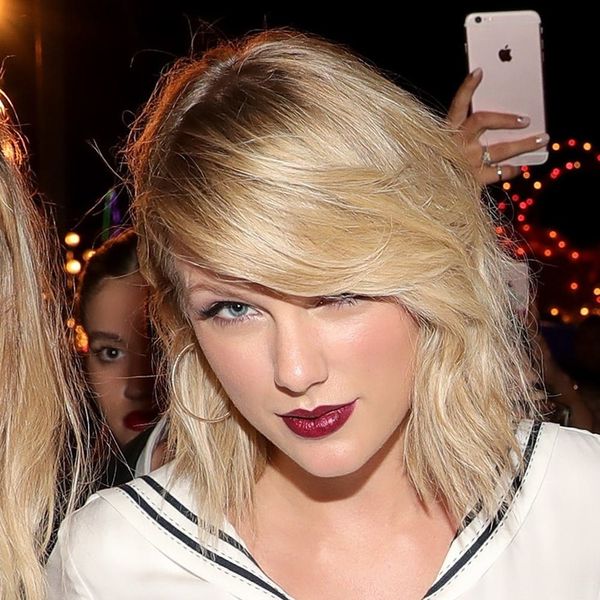 In the past two weeks, Taylor Swift not only released a new song with “Gorgeous,” but she also debuted the sci-fi action vid for her previous single, “…Ready for It?” Now, the pop songstress is at it AGAIN, teasing a brand new song on her Instagram page, and it’s set to drop at midnight tonight.

The track was announced with a — you guessed it! — series of Instagram uploads, each one teasing a little something different.

Call It What You Want. Midnight Eastern.

After giving away the title, “Call It What You Want,” on a hand-scrawled post of red ink, the Grammy-winner also revealed some of the lyric content with what would appear to be a sampling of lyrics from the song. “But would you run away with me? …Yes,” one read in Rupi Kuar-esque typewriter font, with another reading, “Holding my breath, slowly I said, ‘You don’t need to save me.'”

Call It What You Want. Midnight Eastern.

The new song announcement came at the same time that Good Morning America revealed that Swift would be performing a new, never-before-heard song live on TV next Thursday, November 9 — the day before her full-length album drops — during ABC’s Scandal, with an extended version on Freeform the following day.

GMA also gave us a visual teaser for the new song, which shows waves crashing against rocks near a waterside mansion that resemble’s Swift’s own Rhode Island mansion (the site of those famous Fourth of July parties). The short clip then quickly cuts to a piano, with a shot of what appears to be the “…Ready for It?” artists’ hands poised above it.

The appearance will mark the 27-year-old’s first time performing a new song in three years, meaning you’ll definitely want to mark those calendars.

We can’t to see what she has cooked up!

Will you tune in for Taylor Swift’s “Call It What You Want” performance? Tell us @BritandCo!