All the Easter Eggs in Taylor Swift’s New “…Ready for It?” Music Video 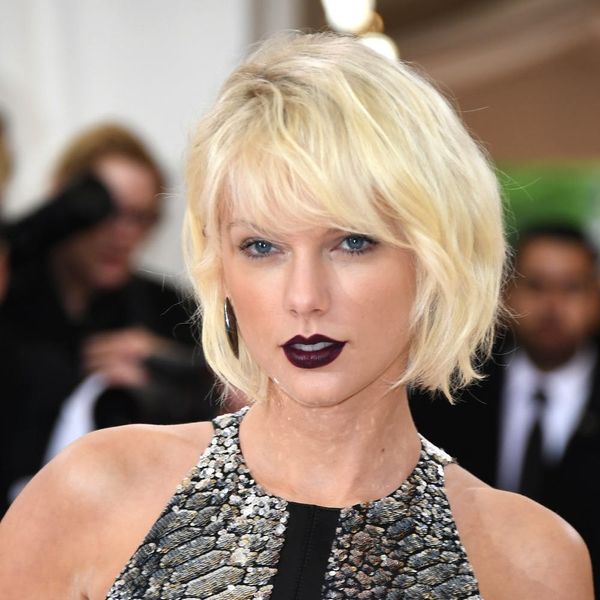 Taylor Swift’s latest video has arrived in all its glory, and while the clip is a feast for the eyes, it wouldn’t be a *true* Taylor video without plenty of hidden meaning. Fans are already looking DEEP into the “…Ready for It?” visual, which shows a newly hardened Swift battling a (nearly naked!) cyborg clone of her former self, and it’s no wonder, as there’s plenty to dissect! Let’s dive in, shall we?

Directed by longtime Swift collaborator Joseph Khan (who was also behind the most recent “Look What You Made Me Do” and famous “Bad Blood” videos), its dark, Ghost in the Shell-like vibe and special effects make it feel like a full-on sci-fi action flick.

As fans pointed out on social media, even the video’s most basic premise was symbolic. The two Taylors, old and new, facing off on opposite sides of the glass represented what many interpreted as the old Taylor being enclosed in a glass case (perhaps by the media) for far too long before she is finally freed from her enclosure by the new Taylor. “Who freed Taylor Swift?” one fan asked. The answer? Taylor Swift.

Then, there’s that white horse the songwriter once sang about waiting for a knight to appear on in “White Horse” (and also rode in “Blank Space”) — could this be a nod to the fact that she’s no longer waiting to be saved, and is acting as her own white knight?

🦄The Story of Taylor Swift with "White Horse"🐎 pic.twitter.com/aOU1WYhbIn

The video also features lots of little, easy-to-miss easter eggs, not unlike “LWYMMD.” Fans have pointed out what could possibly be a few references to Swift’s reported boyfriend, actor Joe Alwyn — including Chinese characters that spell out “Joseph” (though, to be fair, it’s also the video director’s name)…

Taylor and Joe's birth years, 1989 and 1991 written on the wall. #ReadyForItMusicVideo pic.twitter.com/2yij2uZglh

… and some heavy nods to that snake theme that has dominated much of the Reputation rollout so far, with Chinese being used to read, “year of the snake” (which just so happens to also be the pop star’s birth year, FYI).

OMG. The characters 蛇年 is Chinese for "Year of the Snake," which is the zodiac year @taylorswift13 was born in. #ReadyForItMusicVideo pic.twitter.com/bAWOUljvRb

The “Gorgeous” singer also reportedly liked a post pointing out secret messages graffiti’d on the walls in the background that spell out the names of her new album songs.

▪️All Eyes On Us
▪️UR Gorgeous
▪️This Is Enough
▪️I Love You In Secret pic.twitter.com/a5vAA3EnLy

Sans for a like or two, however, the 27-year-old megastar herself has been mum about any would-be clues: After all, as she wrote in an Instagram caption while introducing her latest works, “There will be no further explanation. There will just be reputation.”

We’re gonna guess there’ll be a lot more to come with the Nov. 10 release!

What do you think of Tay’s new video? Let us know @BritandCo!