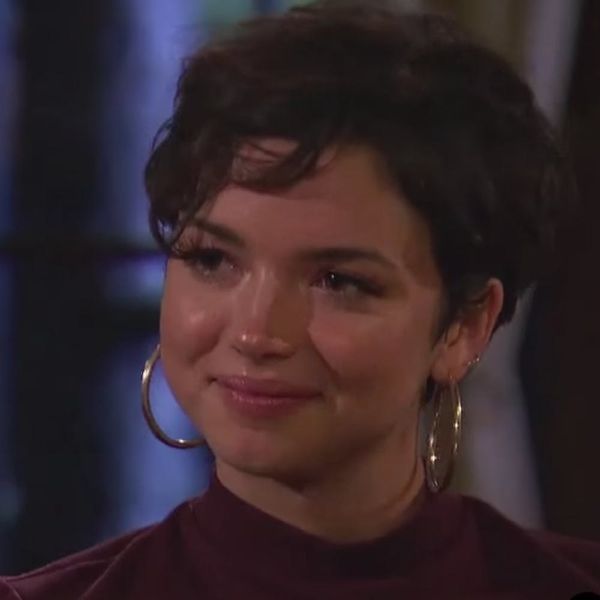 15 women remain and only one of them is named Lauren, so you know it’s getting serious on this week’s episode of The Bachelor. As handsome and dull Arie hurtles toward everlasting love and a normal life after the show, we are reminded on this episode and in the real world that bachelordom comes at a price. He may pick a bona fide villain, though it has become abundantly clear that Chelsea is not quite as villainous as that vicious do-gooder Krystal. Or maybe he’ll end up with Bekah if her shockingly young age doesn’t get in the way of true love. If none of them works out, then he may end up finding love with a television star of yesteryear. There are also those who would question whether or not Arie should even be given the chance to find love, but we’re in it to win it at this point, so pipe down, spinsters!

At this point, the show belongs to the two women who get trash talked the most. First, there’s Bekah, who is significantly younger than Arie, not that he knows it yet. Many of her fellow contestants talk about the age difference behind her back and Caroline and Chelsea even predict that Arie will eliminate her once he finds out how old she is. Geez, Chelsea, you’re the one who thought that being mysterious and seductive was hiding the fact that you had a kid, so why don’t you give Bekah a break?

Arie takes the ladies to Lake Tahoe, because nothing says ruh-mance like taking fifteen women to the choice vacation destination of midwestern grandparents. Arie has a hot parasailing date with Seinne that goes pretty well, but that’s all a slow build-up to his solo date with Bekah. Arie thinks she’s really mature but knows she’s younger than the other women, even if she did pull a classy and classic catch-a-man move with her cherry red Mustang entrance. After some prodding, Bekah finally reveals herself to be… 22.

I mean, sure that’s young and I certainly had some of my most embarrassing moments when I was that age, but the rest of these women don’t exactly read a lot older than 22 maturity-wise. Arie is not sure that Bekah’s ready to get married at this age but gives her a rose anyway because she’s maybe the most incredible person he’s ever met. It’s settled, then. Gossip about something else, you mid-to-late-twentysomethings!

Things aren’t quite as tidily resolved with persona-non-grata Krystal. That uptalking fitness guru with a heart of gold tried to charm her way into our hearts by feeding the homeless, but that selflessness was clearly for show as she determines to get as much time with Arie as possible. And this lady wants So. Much. Time. You almost expect Arie to get a phone call about a serious medical emergency in his family only to have Krystal appear and say, “Arie, can I steal you for a second?”

Krystal is forced to go on a group date with 11 other women to learn how to be a survivalist. She is too busy being not homeless to learn how to survive the apocalypse, so naturally, she calls the other women, particularly enthusiastic Kendall, desperate for eating bugs when they were told to. She gets particularly bent out of shape when Arie kisses Kendall after she put her all into snacking on those live insects. Krystal’s seriously going to give me a permanent evil eye twitch before this show’s over.

The other women really aren’t having it with Krystal’s aggressiveness and whininess and have no problem letting her know about it. Tia and Caroline are willing to give it to her both behind her back and to her face while they’re all in a hot tub with Arie. Krystal tattles to Arie about Tia and Caroline’s cattiness and he assures her that they’re jealous of her. Tia later talks to Arie about Krystal and he gives Tia a rose. Say, WHAT? Could this be Krystal’s last stand?

Alas, Krystal is determined enough to go down swinging. When it turns out that there won’t be a cocktail party before the rose ceremony, Krystal insists on talking to Arie privately as the ceremony begins. This obviously goes over really well with the other women. She spouts off tired nonsense about how she feels about him but says she tooooootally respects his decision. Sure, Krystal. With Maquel having dropped out due to a death in the family, two more women must be sent packing. It gets down to the wire, but Krystal ends up with a rose and will continue to annoy everyone on her journey to love. Pour one out for trash-talking Caroline and Brittany, who got the first kiss, but ended up leaving in tears.