Science Says *This* Is the Most Flattering Selfie Angle 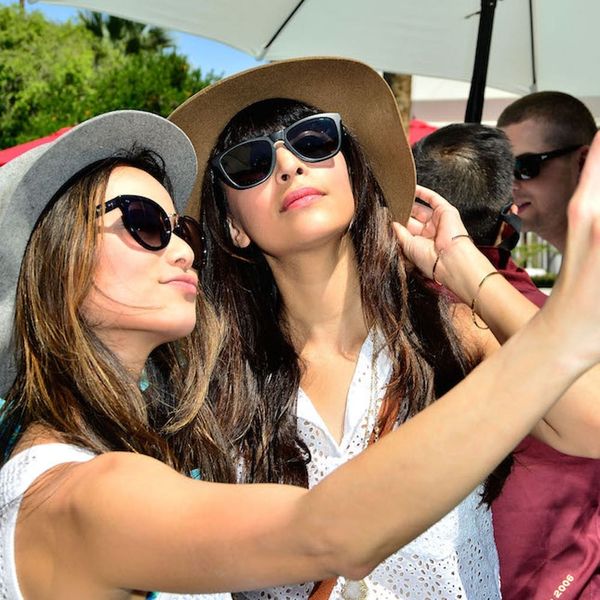 We turn to science for a lot of things (like how to get smarter by drinking wine), but taking selfies has never been one of them… until now. As it turns out, there IS actually a method to taking a good selfie, and a new report is here to help us figure it out.

In a new study for Australia’s Frontiers in Psychology, Dr. Anukka Lindell, a senior lecturer in experimental neuropsychology at Melbourne’s La Trobe University, analyzed the 10 most recent self-snapped pics of 100 folks using the selfie hashtag and concluded that most people actually share a “good” side.

If you’re interested in taking a selfie that’s profile pic status, she suggests that you ”avoid facing the camera head on in a midline pose, unless one is aiming to look bigger.” Instead, Dr. Lindell says you should adopt a pose with a three-quarter or two-third turn toward the camera, as it introduces more angles, highlights the cheekbones, and makes the subject of the photo appear slimmer.

Welp, if science says so…

Channing Hargrove
Channing Hargrove is a freelance fashion editor and writer in New York City. When she isn’t writing about clothing (or shopping, for research, of course), Channing is writing about life in a tiny studio apartment in a big city — and what she’s wearing — on her blog, Channing in the City.
Photography
Beauty News
Photography science Selfie
More From Beauty News