Is This the Best New Way to Take a Selfie? 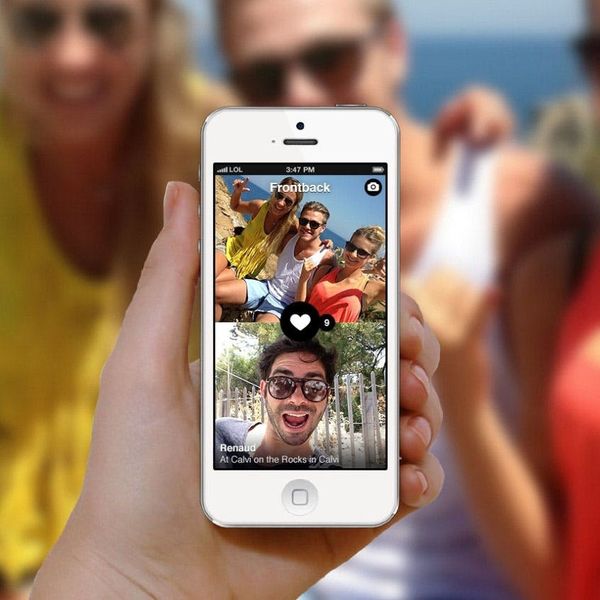 Ladies and gents, there’s some serious innovation happening in the selfie photo market! (Don’t know what a selfie is? Click here.)

Earlier this month, we wrote about CamMe, an app that lets you take hands-free selfies. Then, a couple weeks ago we wrote about the Duo, a camera designed to take two photos at the same time: basically it lets you become the photographer and the subject of the photo. But as cool as that idea is, it doesn’t come in app form, and who really wants to lug around another device?

That’s why we’re stoked to see that a new app called Frontback has been released which lets you shoot both a photo of yourself and whatever you’re looking at… all at once. Amazing!

What you need to know is this: the app lets you take two photos simultaneously, one with the front camera of your phone and the other with the back. These photos are then juxtaposed vertically on the screen, creating an image which shows both your surroundings and your reaction. Capture the beach and your relaxed expression, for instance, or show yourself laughing at your brother’s ridiculous dance moves.

Basically, this app combines the selfie with a regular photo, allowing you to comment and react to things as they happen. In some ways, your face becomes your caption. If you’re an avid Snapchatter, those selfie skills will come in handy, and potentially get a bigger audience than one person with the sharing features on this app.

There is an in-app feed that lets you share your photos, but it also lets you share via Facebook or Instagram, so it’s not entirely positioning itself to become your new social photo feed. We think it’s a pretty cool upgrade to traditional Instagrams: how much better are pictures of food and sunsets with your own realtime reaction?

Would you use Frontback or are you over the whole selfie thing? What camera apps do you love or are you dying to see developed. Talk to us in the comments below or over on Twitter. Be sure to share any rad pictures you take with Frontback on our Facebook page!